Meghan Markle Says Prince Harry Is a Feminist Too 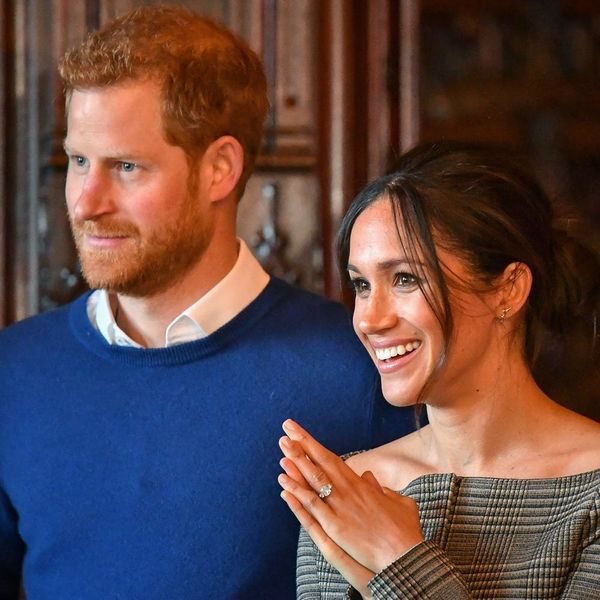 We already knew that Meghan Markle was a feminist queen, but now we know that there’s at least one other feminist already in the royal family: her fiancé, Prince Harry.

During a visit to Cardiff, the capital of Wales, to experience the area’s rich culture and heritage, Markle stopped to speak with some of the people who had gathered to greet her and Harry. As friendly as ever, she took her time with each person and listened intently when Jessica Phillips said that she loved having a feminist in the royal family.

While the former actress was certainly happy to hear that and thanked the woman in front of her, she did clear up one thing. Referring to Harry, who was walking just ahead of her, she added, “Well, he’s a feminist too.”

It's official – Prince Harry is a feminist, Meghan Markle revealed today. Jessica Phillips, 23, told Meghan she loved having a feminist in the Royal Family. pic.twitter.com/Ve2jguL5Yi

The younger generation of royals (or future royals) — including Meghan Markle and Prince Harry, along with his older brother Prince William and Duchess Kate Middleton — have certainly made an effort to use their platform to enact positive change and progress. They’ve brought attention to mental health initiatives, created awareness around HIV testing, and showed their support for community projects that help at-risk youth.

We have no doubt that the princes’ mother, Princess Diana — who was known for her charity work, community outreach, and touching moments with the adoring crowds that showed up to see her — would be proud of them.

What cause is most important to you? Let us know @BritandCo!