Melissa McCarthy Recalls an Interviewer Asking About Her ‘Tremendous Size’ 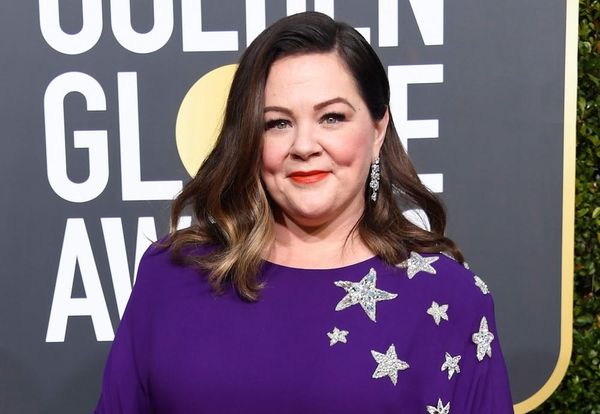 Melissa McCarthy is one of the most talented and in-demand women in Hollywood, but in the past, some people have chosen to focus not on her acting ability but on her appearance. She opened up to InStyle about some of the body-shaming she experienced earlier in her career, recalling a couple of instances in which critics or interviewers called her “grotesque” or asked about her “tremendous size.”

“Years ago I was at a press conference for either The Heat or Tammy, and somebody from a very big organization kept asking me, ‘Why do you always feel the need to be so grotesque?'” the Bridesmaids star told the magazine for its “Badass Women” issue. “It was a huge interview with maybe 100 people in the room, and he was sneering.”

McCarthy said she told him she didn’t understand his question, to which he replied, “You look sloppy, you’re not wearing any makeup, your hair is not done, you’re yelling at people.”

She asked if he had ever posed the same question to a man and pointed out that she was playing a character in a film. “He goes, ‘Oh, fine, I’m aggressive, call it whatever you want. If you don’t want to answer the questions, you shouldn’t come to the panel,'” she told the magazine. “I was like, ‘I really want to answer your questions. I’m sorry I didn’t wear makeup in a part. I’m sorry I didn’t look pleasant for you. But I also don’t think you should be here writing about movies.”

McCarthy said she tried to redirect the attention to the movie she was promoting at the time. And after the segment, a producer apologized and said they would never air the footage of what the interviewer had asked.

“But it happens all the time,” she told InStyle, “to the point where it’s fascinating because they don’t do it to men. … I think there is a weird layer in the world [for women] where it’s not just about looks but it’s also, ‘Are you pleasant? Do you not make trouble?'”

These days, thankfully, the buzz around McCarthy is all about her performance in Can You Ever Forgive Me?, for which she earned both a Golden Globe nomination and a Screen Actors Guild nomination. She’s also up for Best Leading Actress at the BAFTAs.

Are you surprised by the severity of body-shaming Melissa McCarthy has experienced? Let us know @BritandCo.