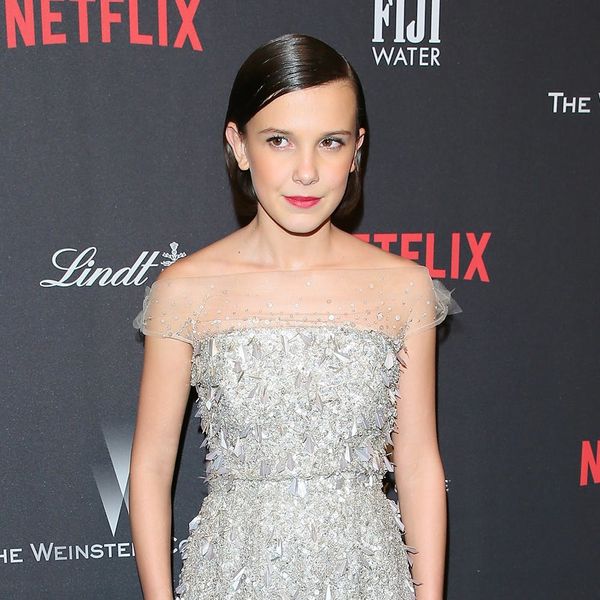 Millie Bobby Brown, who plays Eleven on Netflix’s smash hit series Stranger Things, is only 12 years old, but her star is quickly rising as an icon in the fashion world. The pre-teen has had quite a 2016, inspiring Halloween costumes and attending New York Fashion Week shows. And to really cement her name in the fashion world, Brown just landed a MAJOR fashion campaign.

I am so honored to be a part of this -“A cast of distinct individuals brings the idea to life: Strength of character is key. Whether famous or unknown, all are treated equally" -- Calvin Klein By Appointment

In an Instagram post over the weekend, the young star revealed that she is starring in a campaign for Calvin Klein’s new brand, Calvin Klein by Appointment. “I am so honored to be a part of this,” she wrote as a caption. The brand will be an expansion of the exclusive made-to-measure services already available in NYC. Before, the service was open only to the famous, but now, according to Calvin Klein’s website, it’s now open to whomever can afford the clothing.

Brown appears in a tassled fringe top layered over a plain white tee and tucked into a stylish pair of red trousers with black piping — which seems to be in line with the brand’s stated inspirations, “Cheerleader, Debutante, Majorette.” Calvin Klein has a history with cementing young talent in their campaigns. Early in their careers, Kate Moss and Brooke Shields both starred in iconic campaigns.

Perhaps MBB is the next big one?

Are you into MBB’s Calvin Klein shoot? Let us know @BritandCo!