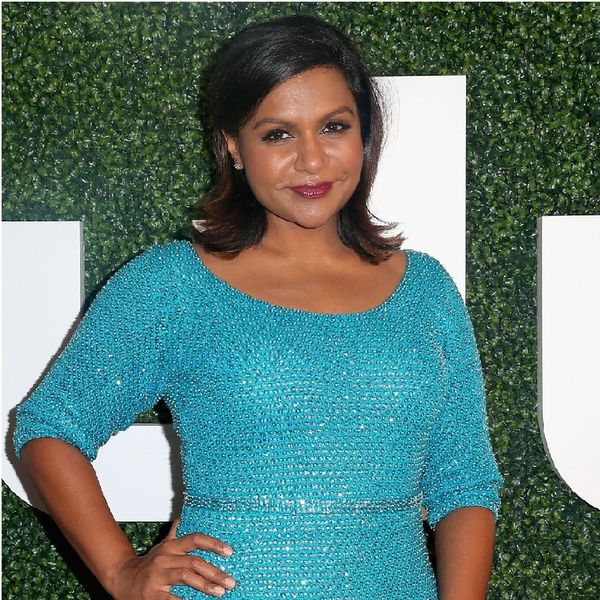 It all started on Tuesday night when famous writer, comedian and all-around #girlboss Mindy Kaling shared this Instagram praising creator LZpencils for surprising her with some of her favorite The Mindy Project lines on bright, colorful Number 2 pencils.

When Jenna Finwall Ryan, owner of Etsy shop LZpencils, woke up the next morning, her shop was blowing up with convo after convo of people all wanting to know one thing: How in the world could they get a pencil set just like Mindy’s?! “It was surreal,” says Ryan. “When I sent the pencils to a member of her team, they promised they’d get them to her. Apparently they made good on that promise!”

Within a day, Ryan had sold out of all the Mindy-approved pencils and was rushing to create more to fill the demand. “I received one message from someone and they were like, ‘I don’t get it, you don’t really have much of a selection?’ Granted, LZPencils is a new-ish shop, but previously, I’d had close to 30 different pencil sets. I guess you could say Mindy Kaling broke my Etsy. And I mean that in the most grateful, excited way possible.”

Still a little dazed from the Insta-fame (can you blame her?) Ryan buckled down and got to work creating as many pencil sets as she could. The pencils she sent Mindy were actually the second version — the first featured only one line of text and slightly different Mindyisms. These newer ones require a bit more maneuvering to create, but Ryan is determined to get a Mindy Project pencil set in that hand of everyone who wants one — fingers crossed — in time for the holidays.

“Mindy Kaling is kind of my hero,” Ryan gushes. “Not only is she adorable and stylish, she’s doing everything I want to,” says Ryan, who moved to LA to pursue TV writing. “Watching Mindy’s show not only resonates with me (and makes me LOL), it motivates me.”

So what’s up next for the insta-famous LA pencil shop? Ryan is dreaming big, just like her fabulous idol. “I’m planning a temporary pencil shop location for Chicago in 2016 and I’d also like to have a mobile pencil shop for private events.”

Are these awesome pencils on your Christmas wish list? Let us know in the comments.

Ashley Macey
Ashley Macey is a lifestyle freelance writer who loves all things fitness, wellness, and creativity. When she's not exploring her home in the Pacific Northwest with her dog Max, you'll probably find her curled up with a good book and some hot tea. Follow her daily jaunts on Twitter.
Etsy
Pop Culture
Etsy
More From Pop Culture