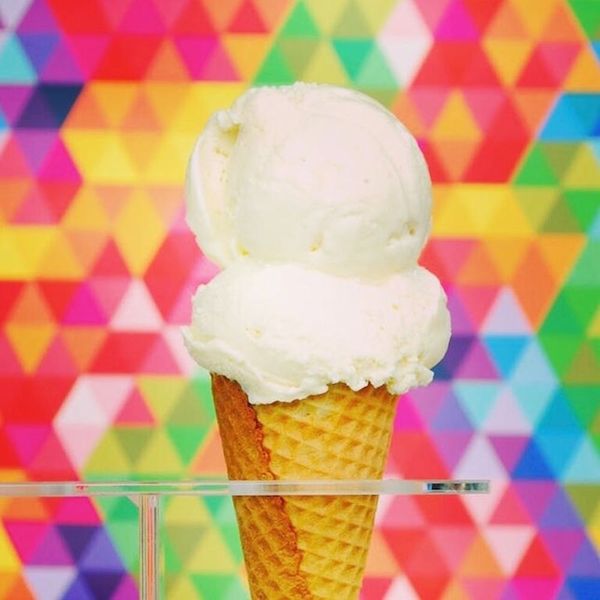 Though National Ice Cream Month is in July, ice cream sandos, boozy ice cream cocktails and a dairy-free ice cream bar don’t need to be limited to summer. If you’re the type who throws ice cream socials that go beyond just vanilla and sprinkles and create homemade flavors like salted Nutella, you might want to think about a dream career crafting your favorite frozen dessert. This week, in our How to Quit Your Day Job series, we spend some time with Victoria Lai, an attorney-turned-ice cream connoisseur and owner of Washington DC’s popular Ice Cream Jubilee.

Before making the switch to a career as a dairy maven, Victoria worked at a corporate law firm and clerked for a federal judge in New York City. In 2009, she landed her dream job as a presidential appointee at the Department of Homeland Security handling immigration issues, and moved to the nation’s capitol. Though she loved her job, she says, “I knew it was not the best fit for me and my future.” At night and before work she produced homemade unique ice cream flavors for her blog, Ice Cream Jubilee. While working as an attorney during the day, she challenged herself to make four new types of ice cream a week. She rose at 5am every day to make her DIY batches and after work would taste her creations and photograph them. “Waking up early to be creative gave me more energy than I would have gotten from sleeping in,” says Victoria.

1. Get creative in the kitchen. What inspires Victoria, who admits that she puts in more hours than she did when she practiced law, is dreaming up new and fun flavors. Her imagination runs wild when reading food blogs and recipes, and she loves nothing more than to create ice creams based on cupcakes, frostings, sauces and cocktails. Her Mango Habanero flavor is her interpretation of a mango lassi drink that has a powerful spicy punch from homemade habanero syrup. “My favorite flavors have to engage an arc of your senses. It tells a story on your tastebuds,” says Victoria.

2. Build your side hustle. Because she made such a radical career jump, Victoria often gets asked by creative people how they can leave their stable, secure jobs too. “Build your side business while you are still fully employed and can save money,” advises Victoria. Her ice cream blog pushed her to further explore her culinary hobby. She thought that one day she’d simply get bored of ice cream, but the more she made, tasted and scooped, the more she realized that couldn’t get enough of churning out new flavors. To prep, Victoria learned all about social media, accounting and business licenses and even sold a few pints to local grocery stores to see how her ice cream would fare with the public.

3. Learn more about your passion project. In 2013, Victoria enrolled in Penn State University’s famous ice cream seminar to take her hobby to the next level. Learning the food science behind ice cream was a game changer for the attorney. After the seminar, she says, “I felt energized and invigorated to do more.” From there, she recruited friends to help her make her frozen treats, and that same summer, she entered herself into the DC Scoop competition and won People’s Choice for Best Ice Cream, beating out 18 professional ice cream makers for the coveted title.

4. Seize opportunities. Despite her success in winning a People’s Choice award, Victoria was still hesitant to take the leap and open a store front. But a chance offer at a space in a new neighborhood in Washington DC’s southeast waterfront sealed the deal for Victoria to make the jump as a full-time ice cream shop owner. One look at the potential building won over Victoria instantly. “The grassy open spaces, water fountains full of happy, splashing kids and the riverfront views convinced me that I would be happy devoting my future to opening a store in the Capitol Riverfront neighborhood,” says Victoria.

5. Rely on your cheerleaders. Changing your entire career course, like Victoria, can be nerve-wracking, but Victoria found that her friends, family and husband have been her rock through the transition to opening Ice Cream Jubilee, despite her self-doubt. “I initially feared that my family would shun the idea of me leaving a stable, lucrative career as an attorney, but the hours I spent building my brand and my business helped show them that I was serious about my business and that I could make it work,” says Victoria. While launching her business, she got married and became a stepmom. She relied on her husband’s constant cheerleading and occasionally lending a hand dishing out scoops to eager customers to get her through the first year of her biz.

1. Penn State University’s Ice Cream Short Course: Take the seven-day class that Victoria took and get a crash course in how to make ice cream on a commercial level. Offered annually in January the course offers 20 different workshops in areas of ice cream technology with the cream (!) of the crop of the industry. They also offer a shorter, two-and-a-half day course called Ice Cream 101 to learn the basics of ice cream formulas. ($1,960, register online)

2. Intro to Blogging: This four-week blogging course is geared toward beginners to successfully launch a blog that will gain readers and develop an audience. For aspiring food bloggers, this basics class will help you focus on the goal of your blog before you get started. ($385 for an online course).

3. Social Media Bootcamp: Any new business needs a solid social media marketing plan. This bootcamp-style online class will cover everything from Facebook to Pinterest. ($139 for an online class)

What’s a dream career that you’d love to learn more about? Tell us in the comments.

Jennifer Chen
Jennifer Chen is a freelance writer and editor living in Los Angeles. She's written for O, The Oprah Magazine, Good Housekeeping, Real Simple, and several other publications. When she's not cooking delicious vegan meals, she's hanging out with her TV writer husband and twin girls.
How to Quit Your Day Job
Work
How to Quit Your Day Job