Morning Buzz! Beyoncé Fans Are Freaking Out Over Her Secret Snapchat Account + More 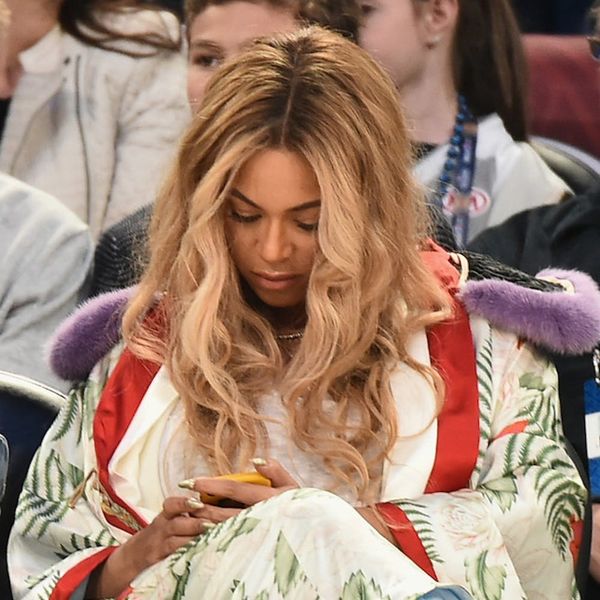 Fans try to find Bey’s secret Snapchat and a SHOCKING turn in the show Nashville lead this morning’s top TGIF news stories. Check those and more out below.

1. Queen Bey has a different social media approach than most of her peers, preferring to post select, internet-breaking Instagrams from time to time and otherwise uploading glorious full photo albums on her website. So when she posted an Instagram selfie with Blue Ivy that had the Snapchat deer filter on it, people FLIPPED imagining she had a secret account that they weren’t privy to. “Stop it Bey tell us your Snapchat,” one very blunt comment says, while another was freaking out, asking, “Whats her snap!?!?! Somebody tell me.” Others are from the Beyhive and know you catch more flies with honey, asking, “What is your Snapchat so I can follow u y’all look so cute.” Bey didn’t respond, but maybe she’ll gift her Snap username as a peace offering for pulling out of Coachella.

Thank you Rayna Jaymes. For your magic and your dignity. And thank you to all the creators of Rayna Jaymes, for there were many. Callie Khouri, who gave her life. Deacon, Maddie, Daphne, who shaped her as her family. Teddy, Tandy, Lamar too. Juliette, Scarlett, Bucky and the ones who crafted her into a business woman. Along with countless other compatriots and combatants. And then of course the crew of “Nashville" who brought her to life, every crew member in every department who made Rayna live each week. And then there’s the music. T Bone, Buddy, Tim, Frankie and all the brilliant songwriters who gave Rayna a voice. There was no music, and no Rayna, without you. But finally and most importantly, the fans. You made Rayna. You supported her and loved her and gave her inspiration just as she was able to inspire you. You were the energy source, the power behind her heart and soul and life. Rayna lived for you. And, from the depths of my heart, I thank you, for her and for me. It has been an honor to be a part of that creation. And as I know she would want it, the show must, and will go on. Long live Rayna Jaymes. #RIPRayna #NashvilleCMT

2. OMG, Nashville just aired an absolutely shocking episode and fans are devastated. Okay, huge spoiler warnings ahead, as a fair warning that I *didn’t* get when innocently scrolling my Twitter feed last night. Now let’s cut to the chase: Rayna James has died. Connie Britton’s beloved character unexpectedly died at the end of last night’s episode, after it seemed like she’d be just fine after surgery following a car accident. Her TV family didn’t see it coming, and neither did fans, and viewers were left absolutely reeling. Connie thanked all the Rayna fans in a sweet note after the episode aired. “You made Rayna. You supported her and loved her and gave her inspiration just as she was able to inspire you. You were the energy source, the power behind her heart and soul and life. Rayna lived for you. Long live Rayna Jaymes.” Indeed. Sniff.

Thanks for all the support and love on my blog post and for all your comments!! 🙌🏻🙌🏻 If you haven't read my latest post,click the link in my bio 💗💙 cute baby book: @polkadotprintshop blanket: @addisonbelleco

3. Teen Mom 2’s Kailyn Lowry is expecting her third baby though she says it “isn’t an ideal situation.” Kailyn announced on her blog that, despite having said on the show that she didn’t want any more kids, she’s made the choice to have a third. “Shortly after I started having [health] complications, the option of having more kids was almost taken away from me. When I started thinking long and hard, I knew I wanted more. This was the choice I made.” Kailyn recently finalized her divorce from her husband Javi, and her third child’s father is currently unknown. Congrats to the expecting mom!

4. Sam Hunt just revealed that his wedding is happening SUPER soon! Country star Sam Hunt announced his engagement to his musical muse Hannah Lee Fowler in January, and while onstage at the Ryman Auditorium during the Universal Music Group’s 2017 Country Radio Seminar luncheon, he said the nuptials will be happening sooner than we might have expected. “I’m getting married in a couple months,” he said, before going on to say, “Between planning a wedding and keeping my fiancee smiling, I’m gonna try to kick up some new music for y’all.” Either way: Good news all around. (h/t ET, photo via Ethan Miller/Getty)

5. The Golden Girls cafe has already proved to be Instagram GOLD. This isn’t surprising in the least. Seriously, just check out the location tag! It’s going to make you want to go even more.

Well @realDonaldTrump, from one Republican to another, this is a disaster. You made a promise to protect the LGBTQ community. Call me. pic.twitter.com/XwYe0LNUOq

6.Quote of the day: “From one Republican to another, this is a disaster. You made a promise to protect the LGBTQ community. Call me.” Caitlyn Jenner wants to speak to President Trump following his removal of transgender students’ protection. And we hope she does.