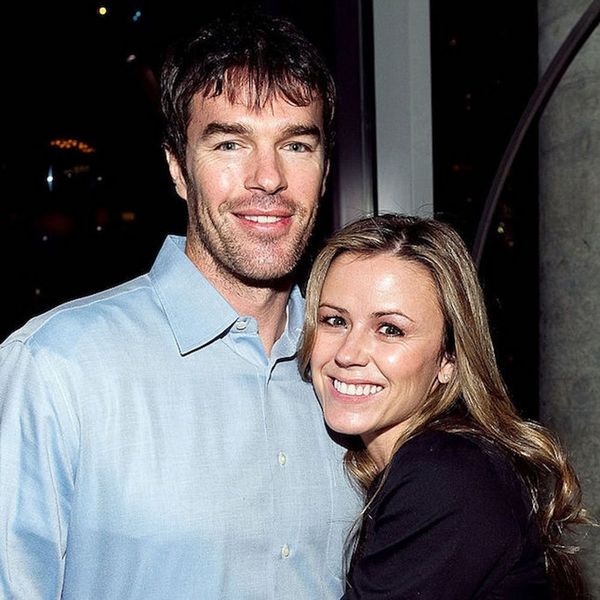 Ryan Sutter admits to feeling in limbo and Rihanna claps back at body-shamers in this morning’s top news stories. Check out those and more below in the Tuesday Morning Buzz.

I've had this picture to post for a few days. I just haven't been sure what to say? Like my mind, the photo has sat as a "draft." In limbo. A bit confused. It was taken one day after my wife, unexpectedly and without a definitive cause, seized violently in front of her family on a shuttle bus full of strangers. In almost 17 years as a firefighter, my experience has trained me to address the immediate emergency. However, little in my 42 years of life prepared me for the confusion and contemplation that remains after the tide of immediacy has settled. . What has helped is the outpouring of kindness received from our friends, family and even those that we've never personally met. Without a doubt, you have been instrumental in the healing process and a humbling source of strength for @tristasutter and I. So, with that message, I post this simple picture . It's my wife - at her best- capturing life as she always has, though now through a more meaningful lens...

1.Last week, the very first Bachelorette, Trista Sutter, shared an Instagram detailing the sudden and scary seizure she had while on vacay with her husband, Ryan Sutter, and their kids. The message she sent after the inexplicable medical emergency was to “live with grateful enthusiasm,” and now Ryan has broken his silence with an equally heartrending note. “I’ve had this picture to post for a few days. I just haven’t been sure what to say?” he wrote in the caption of the gorgeous pic of his wife, taken a day after her seizure. “Like my mind, the photo has sat as a ‘draft.’ In limbo. A bit confused.” He went on to say that even though his 17 years as a firefighter prepared him to deal with emergencies, nothing could have prepared him for the “confusion and contemplation” that followed Trista’s health scare. “So, with that message, I post this simple picture. It’s my wife — at her best — capturing life as she always has, though now through a more meaningful lens…”

2.Rihanna took to Instagram to respond to people commenting on her weight. Even though she shouldn’t have to address it at all, and even though we shouldn’t care about Rihanna’s weight, the singer posted a clapback in the form of a meme showing rapper Gucci Mane in two pictures taken 10 years apart, with the caption, “If you can’t handle me at my 2007 Gucci Mane, you don’t deserve me at my 2017 Gucci Mane.” She used the single-tear crying emoji, maybe sarcastically, but maybe to prove that she’s only human too (crazy, right?!) and words hurt.

#Repost @ryanseacrest: Business in the front, party in the socks. I like your style @justinpjtrudeau #livevisitsniagara

3. Canadian Prime Minister Justin Trudeau wants the country to have a female PM. In a segment on Live With Kelly and Ryan, which was filming in Niagara Falls, Trudeau was asked which of his kids would run for prime minister. “I will say I have one daughter, and there is something very special about imagining a woman prime minister,” he said. “I think it’s long overdue. I just don’t think we have to wait that long. I think it should be sooner than that.” What Trudeau seemed to forget in that moment is that, in 1993, Kim Campbell served as the country’s first female PM. She wasn’t elected (she took over for a resigning PM) and only had the position for about four months, but still. Cameron Ahmad, Prime Minister Trudeau’s press secretary, told HuffPost, “Of course the prime minister did not forget that Kim Campbell was prime minister. Now, that was almost 25 years ago, and I think we can all agree we’re overdue after 25 years.” (h/t HuffPost)

4. A 25-year-old woman has been charged with leaking classified reports about voter hacking to the media. The Justice Department reports that Reality Leigh Winner, a federal contractor in Georgia who also previously served in the US Air Force, has been charged with leaking classified material to The Intercept. On Monday, a top-secret NSA report appeared on the site, claiming that Russia hacked US voting software just days before the election. Winner reportedly admitted to “printing the classified intelligence reporting at issue” and “mailing it from Augusta, Georgia, to the News Outlet,” according to Buzzfeed. (h/t Buzzfeed News, photo via Drew Angerer/Getty)

5. The Canadian victim of the recent London attack has inspired acts of kindness as well as a new charity in her name. Can’t type, crying. When Christine Archibald’s family released a statement on the death of their daughter in the London attacks, they urged people to “honor her by making your community a better place,” by either volunteering time or donating money to a homeless shelter. Now, many are sharing their donations and good deeds through the hashtag #ChrissySentMe, and her family plans to start a similar charity in her name. (h/t CBC)

6. Quote of the day:“Can a girl have some steak and fries??” Halle Berry perfectly shuts down pregnancy rumors in an Instagram post. LOL!