Why Everybody Needs to Stop Talking About Rihanna’s Weight, Period 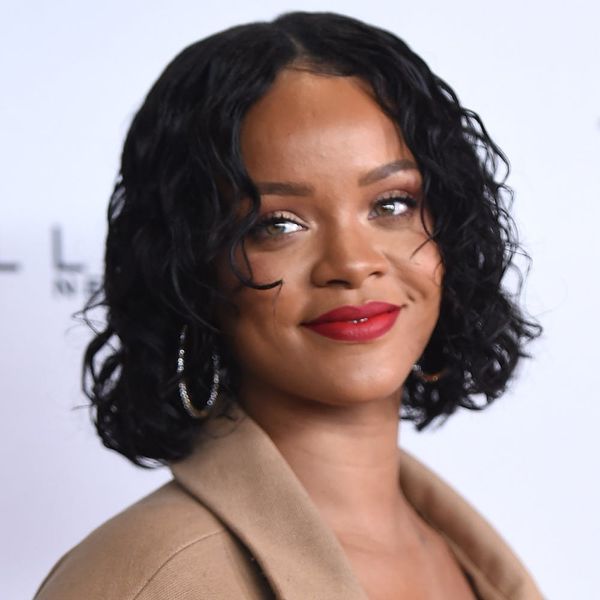 Who among us likes it when someone, whether it’s our mom or a stranger on the street, makes any sort of unsolicited comment about our weight? That would be nobody. Nobody likes that. Yet when a celebrity gains or loses weight, people feel the need to share their opinions on the matter, both good and bad. This exact scenario played out across social media yesterday when photos of Rihanna, where she appeared to be a little heavier than usual, went viral.

so these are some quotes from the "Rihanna is Fat" article pic.twitter.com/IlGTpoE5TU

As the photos circulated, people all over Twitter bemoaned that Rihanna is “fat” now, poked fun, and generally gave her crap for how she looks. Others piped up to talk about how great she looks. Still others noted that how Rihanna looks and how much she weighs is totally irrelevant. This last take is the only appropriate one.

Rihanna’s weight is none of anyone’s business, regardless of how you feel about it. You think it sucks Rihanna gained weight? Not your business. You think she looks even better with a few additional pounds? Still none of your concern. Why? Because Rihanna (like all humans) does not exist so that other people can project an opinion onto her body, regardless of what that opinion is.

Even when rihanna is fat she looks like a queen.

In a way, the desire to counter the attacks against Rihanna by people who are weaponizing the term “fat” as an insult against her (and by extension others who share her body type) makes sense. Witnessing a woman getting abused for her looks makes a lot of people feel defensive, and firing back with a “She’s more gorgeous than ever!” feels like it neutralizes the cruelty. But it’s just another mode of objectification, and that’s the opposite of empowering women.

Whether or not Rihanna looks good or has gained weight or a combination of these things doesn’t actually matter at the end of the day. She’s still a talented musician and performer, she still has a killer Instagram account, and she’s still going to show up on red carpets in awesome outfits that the world will fawn over. It doesn’t change who she is as a person, so why try to cast any sort of value judgement on a few pounds?

The desire to make some sort of meaning of, and publicly voice an opinion on, celebrities and their weight is tempting. They are very public figures, and women especially are often looked to as style icons. But being in the spotlight 24/7 doesn’t mean that celebrities aren’t people, and ultimately their weight — whether they’re losing or gaining — is not something we should try to analyze.

Think of it this way: Does Rihanna’s weight impact your daily life? Does her weight impact your well-being? Does it change your job, your friends, your family, or your own body? No, no it doesn’t. It’s her body, and how and when her body changes is nobody’s business but her own.

Minding our own business is a bit more challenging in a society that is super connected via social media, and that generally loves to openly judge women’s bodies, both positively and negatively. Challenging though it may be, it’s necessary to remember that supporting women means not reducing them to their looks, but understanding that they are more than just bodies, whatever we think of them.

Are you sick of hearing people weigh in on celebrities’ bodies? Tell us about it on Twitter @BritandCo.

Elizabeth King
Elizabeth King is a politics, history, and culture writer based in the Twin Cities. She is generally pretty cranky but still enjoys traveling, music from the early 2000's, and plotting the resistance. Feel free to say hi on Twitter at @ekingc or check out some of her work at www.elizabethcking.com.
Celebrity News