Morning Buzz! Here’s the Real Reason Amy Schumer Is Dropping Out of the Barbie Movie + More 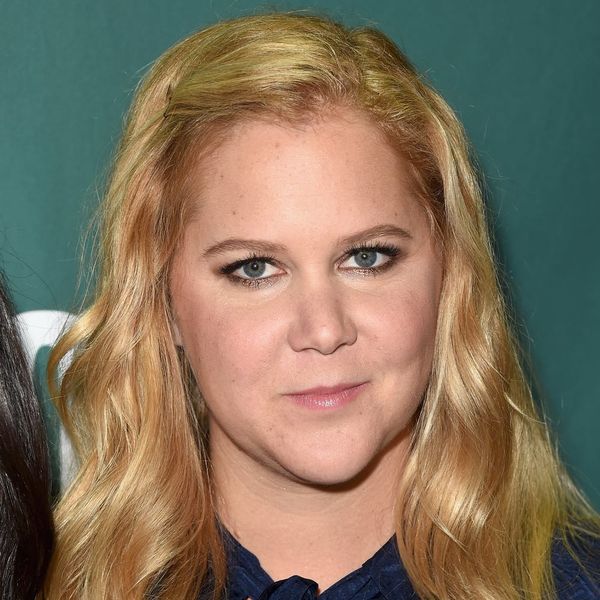 TGIF, y’all! Catch up on a new Hollywood romance, a big announcement from Amy Schumer, and more in this morning’s top news stories below.

1. It’s been rumored for a while, and now the proof is in the pics! Diane Kruger and Norman Reedus — AKA Daryl Dixon on The Walking Dead — were spotted bar-hopping in NYC while holding hands, and even taking time in between stops to make out on the street corner. Ah, young love! Kruger ended her 10-year relationship with Joshua Jackson last summer, and was linked to Reedus shortly after, though they haven’t made their public debut before now. They starred together in Sky in 2015. TBH, they look really happy together right now: Congrats, you crazy kids!

2. Amy Schumer drops out of the live-action Barbie movie. Schumer was announced as the front-runner for the upcoming live-action Barbie movie late last year. If you’ll recall, it was an announcement that brought its fair share of body-shaming nonsense, but the actress is now claiming she’s leaving the project for another reason. Schumer says a scheduling conflict will prevent her from being in the movie. “The film has so much promise, and Sony and Mattel have been great partners,” Schumer said in a statement to Variety. “I’m bummed, but look forward to seeing Barbie on the big screen.” (Photo via Lars Niki/Getty)

One year ago today, I got to meet this sweet, determined, magical little soul. Just when I thought nobody could follow my other girls... along came Emilia. Never ceases to amaze me just how much a child can expand your heart. #OrHowIncredibleMyWifeIs #blessed #grateful

3. James Van Der Beek just shared the first snap of his ADORABLE youngest daughter on her first birthday. Just because Van Der Beek is a father of four, doesn’t mean he still doesn’t relish the milestones. He posted the first pic of his youngest daughter, Emilia, on her first birthday, getting sentimental in the process. “One year ago today, I got to meet this sweet, determined, magical little soul,” he wrote. “Just when I thought nobody could follow my other girls… along came Emilia. Never ceases to amaze me just how much a child can expand your heart. #OrHowIncredibleMyWifeIs #blessed #grateful.” Too cute.

4.This photo of Obamacare repeal discussions has women furious for a pretty good reason. Yesterday, as President Trump met with the House Freedom Caucus at the White House to hammer out details of an Obamacare repeal plan, women everywhere were reminded why they marched. Not a single woman was pictured at the meeting, and it’s worth pointing out that a big part of the discussion was about whether maternity care and mammograms would be covered under all plans. The President has issued a vote ultimatum for today, saying Obamacare would stay in place if a decision cannot be reached on the repeal and replace plan.

5. Twitter is considering a paid “enhanced” version of the service. Would you pay to use Twitter? The company has confirmed to Buzzfeed that it is testing and surveying to see what features in its Tweetdeck app users would be interested in paying for. Free versions of the standard site and app would continue to exist as-is, but Twitter says that “power users” might find more robust “viewing, posting, and signaling tools like alerts, trends and activity analysis, advanced analytics, and composing and posting tools all in one customizable dashboard” useful. Hmmm. (h/t Buzzfeed, photo via Charles Pertwee/Getty)

6. Quote of the day: “I want people to know I’ve smiled a lot.” Faith Hill has the best mindset in New Beauty about getting wrinkles as she ages. May we all smile lots and remember these words!