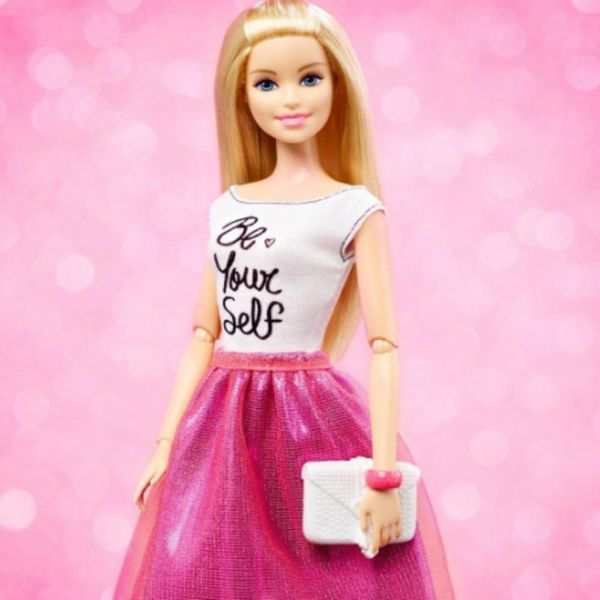 Ashley Graham might be getting her very own body-positive Barbie doll, but it may be yet another celeb, considered by some to be a champion of the movement (particularly following her response to Glamour’s plus-size labels), who will play the legendary doll in an upcoming live-action film.

We’ve gotta’ admit — we were a little perplexed when we initially heard the news that Amy Schumer might be filling Barbie’s heels. While she surely fits the blonde-haired, blue-eyed mold, the woman who wished her boyfriend a happy anniversary by calling him a “f*ckface” doesn’t exactly strike us as the most… erm… proper of ladies. Call us crazy, but we picture Barbie being far more prim than the rabble-rousing actress typically tends to be.

Amy also DGAF when it comes to letting her hair down (check out the below shot for proof), a move that the Barbie we thought we knew would NEVER pull (you know she was running to the bathroom to put makeup on every morning before Ken woke up).

Maybe this pic is better for that. No makeup air dry hair! #jericho

Apparently, though, that’s kind of the point — this isn’t exactly a story about that perfect doll from your childhood.

Instead, the film will focus on an imperfect doll who doesn’t quite fit in with the rest of her peers (we’re looking at you, Midge and Skipper) in “Barbieland.”

In fact, she gets kicked out for breaking the (plastic) mold, a move which emboldens her to explore the world and attempt to help her fellow Barbies break out of their stereotypical, basic b*tch boxes, more or less.

Okayyyyy, this actually sounds kind of hilarious, and now that we know a bit about the plot, the casting (which has not been totally cemented yet) sounds spot on.

Fingers crossed this will be a go!

Do you think Amy is the perfect choice for the role? Say yay or nay over @BritandCo.

Nicole Briese
Nicole is the weekend editor for Brit + Co who loves bringing you all the latest buzz. When she's not busy typing away into the wee hours, you can usually find her canoodling with her fur babies, rooting around in a bookstore, or rocking out at a concert of some sort (Guns N' Roses forever!). Check out all her latest musings and past work at nicolebjean.com.
toys
Movies
toys
More From Movies