This Study Explains Why You Get the Munchies After Drinking 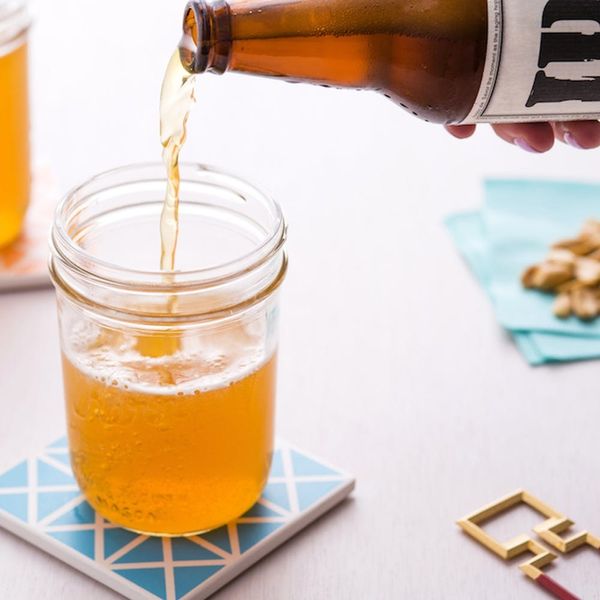 We’ve all been there: You’re out with your besties imbibing in a few cocktails, and once midnight strikes, you gotta eat! It doesn’t matter what it is; you are just on a mission for some sustenance. Usually that sustenance comes in the form of a burger, hot dog or ooey-gooey slice of pizza. Even those of us who try to stick to a healthy diet can’t avoid this inevitable late-night fate. So why is that? According to a study conducted by Indiana University’s Medical School, it is because alcohol literally makes food smell better to us. That’s right — even those not-so-yummy Denny’s nachos that we think are our everything come 2AM are sending out greasy food fumes that our brains (and stomachs) can’t get enough of.

The study, run by William J. A. Eiler, PhD, was conducted on 35 women who were non-smokers and non-vegetarians, and who were also at healthy weights. Each week, the ladies would be attached to an IV of liquor (yes, liquor!) or saline solution before eating. Their reactions were measured through fMRI scans, after which the women would be offered lunch. On average, those who received the IV of alcohol ate more food at lunch, compared to those given the placebo. From the study, Eiler found that while you may think greasy diner food is delicious after a rambunctious night of drinking because of poor decision-making, it is actually a must-have because consuming alcohol causes a chemical reaction in the brain. (Photo via Scott Olson/Getty)

In the end, it is clear that there is a potential link between alcohol and the hypothalamus, which is the brain’s center for metabolic processes. The hypothalamus tended to react more to food smells than to non-food smells after the alcohol infusion. One could conclude that hypothalamus plays a larger role in how alcohol affects our food sensitivity, but there is a need for further research. And we are definitely willing to participate, should researchers need another subject to study. You know, for science’s sake ;)

Do you tend to eat more after you’ve been drinking? Leave your answer in our comments below.

Carolina Quijano
Carolina Quijano knows her way around words. After graduating from CSUS in 2003 with a degree in Journalism, she put her writing skills to the test, earning a writing position at the online publication, Nitevibe where she is a senior writer. CQ currently works as a freelance writer, providing biographies, press releases and blog work for various DJs and labels around the Bay Area.
Diet
Health
Diet study
More From Health