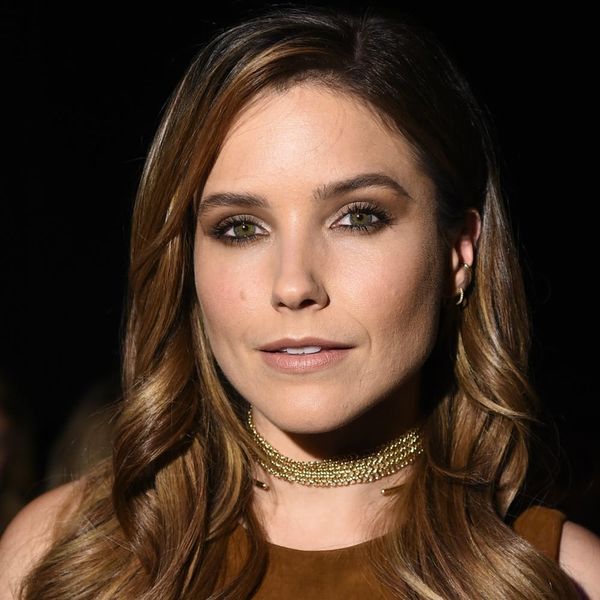 As women, it’s unfortunately likely that we’ve all encountered that guy: The one that simply can’t (or won’t!) take a hint. Whether he’s barraging us with questions during our morning commute after we’ve made it clear that we’re not interested in small talk, or worse, taken it one step farther and made us feel totally ill at ease with his body language or topic of conversation (lewd jokes NOT welcome at the office or anywhere else, thank you very much), he exists, and it’s just something we have to deal with as females. Right?

Wrong, says Sophia Bush! No stranger to using social media as a force for change, the Chicago P.D. actress had a very dreaded “that guy” experience while flying in an airplane recently, and she was NOT having it.

Following the trip, she angrily took to Twitter to express her thoughts on the man and the matter at hand.

And no, she wasn’t just in a bad mood or being a diva, as some will inevitably suggest — she was more than happy to take selfies with other, more polite male airport-goers, going so far as to respond to his Twitter post with the note, “Thanks for being so sweet.”

I just ran into Sophia Bush at the airport today! It was so great meeting you! ❤️❤️ @SophiaBush pic.twitter.com/dE2yivj4Tn

Though she doesn’t go into specifics about exactly what the offending passenger originally said or did to upset her, it is, sadly, a message that resonates with many — the tweet has been liked 4.6K times as of press-time (her follow-up tweet earned 476 likes, to give you some reference).

We’re not sure if her plane admirer will ever read the message directly, but maybe other men (and women!) WILL, and will think twice about being a bit too persistent in their everyday endeavors!

Do you relate to Sophia’s message? Share with us over @BritandCo!

Nicole Briese
Nicole is the weekend editor for Brit + Co who loves bringing you all the latest buzz. When she's not busy typing away into the wee hours, you can usually find her canoodling with her fur babies, rooting around in a bookstore, or rocking out at a concert of some sort (Guns N' Roses forever!). Check out all her latest musings and past work at nicolebjean.com.
twitter
Celebrity News
twitter