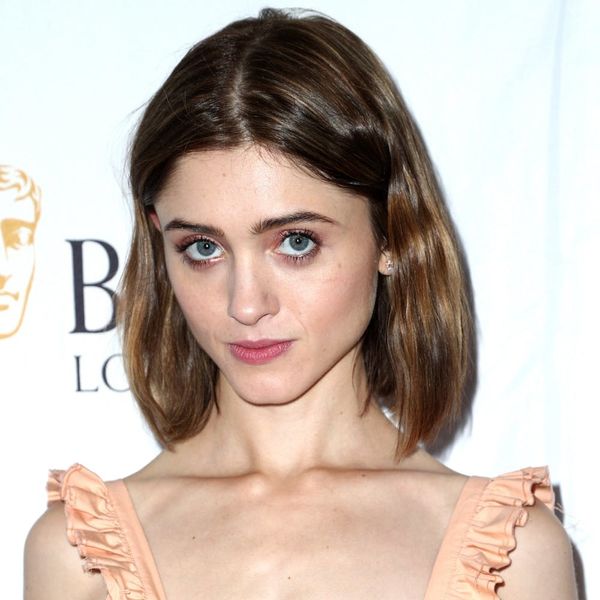 Stranger Things is almost back, so naturally, we’re focused on all things Hawkins and its inhabitants. Brainy babe Nancy Wheeler may be rocking her long, brunette hair color for the second season, but Natalia Dyer, who plays the Dermogorgon-hunting high schooler, has a totally new look.

The actress stepped out at the Young Hollywood Studio in Los Angeles, California, with a whole new, more adult ‘do that would definitely make waves at Hawkins High. Gone are the soft, brushed-out curls in her character’s warm chocolate hue. Now she’s sporting a modern shoulder-length cut and a fringe that really make those famous baby blues pop.

The length and style aren’t the only things that are different. Dyer’s color has also been lightened considerably. The new shade is comprised of all-over honey-blonde highlights, and it looks pretty darn natural. Maybe we’ll be seeing a new look for Miss Wheeler come season two? After all, the Stranger Things teens are growing up.

Which hairstyle is better: Nancy’s or Natalia’s? Tell us @BritandCo!

Shea Lignitz
Shea can be found in the nearest bookstore or brewery, exploring the great outdoors, or blasting Led Zeppelin. She grew up in the cold and rain of Northern California's redwoods but is currently wandering around Texas.
Bangs
Hair
Bangs Celebrity Hair Hair Color hair dye