Um, Why is Someone Trying to Reinvent the iPod? 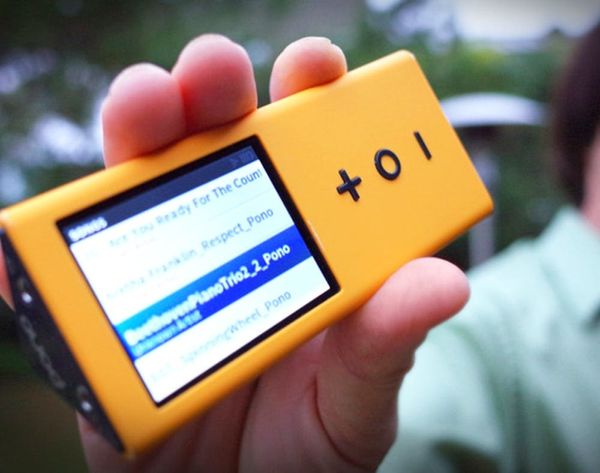 I don’t mean to sound like I’m throwing shade at a music legend, I’m just genuinely curious. Stumped even. Neil Young is the man behind PonoPlayer, a portable music device that plays PonoMusic. Together they are an “end-to-end ecosystem” here to change the way you can access and enjoy tunes from your favorite artists. The device may or may not (may) look a little like a skinny Gameboy or a triangular Wii remote, but I digress. Onto the facts!

What makes PonoPlayer a standout in a fairly-established (you guys know ‘bout iPods, MP3 players and smartphones, right? Cool, just checking…) field is exceptional sound quality. Songs in PonoMusic supposedly make MP3s sound like American Idol iPhone audition videos, giving devout audiophiles a direct line to the recording studio and a finished song that sounds exactly like the artist meant it to. In other words, Pono is a way to bring the vinyl listening experience to the digital generation.

You browse, search, buy and download the high-resolution music to your computer through the PonoMusic.com Store and connect PonoPlayer to your computer to upload your tunes to it. There are two output jacks, one for listening to Pono with headphones and another output designed for jamming in the car or hooking up to your home system.

Sounds great (intentional pun alert), but we’re still skeptical about PonoPlayer’s longevity and how many people are rallying for a music player like this. Or at least we would be if not for the Kickstarter campaign’s Veronica Mars-size results. Pono raised almost $4 million in its first few days, more than quadrupling its still-steep $800,000 goal. $200 early bird offers are sold out but you can pledge $300 for a black or yellow PonoPlayer (a deal since the players will retail for $399) and $400 for a player from the Artist Signature Series. These limited edition chrome PonoPlayers feature laser-engraved John Hancocks from musicians like Patti Smith, Willie Nelson, Dave Matthews Band, Tom Petty and, of course, Neil. Pono has an estimated delivery of October 2014, so this could be THE holiday gift for the avid music lover (cough, maybe the music snob) in your life.

Still not sold? As if answering our soon-to-be asked snark, Pono poses this scenario to ponder on its site: Do you think Leonardo da Vinci would be a happy dude if we could only see photocopies of the Mona Lisa. Touché, Neil Young. Touché.

What do YOU think? Is Pono the wave of the music lover’s listening future or a flashy celeb Kickstarter that won’t have a life post-funding?

Lisa Raphael
In her past professional lives, Lisa has served the masses as the Editorial Director at Brit + Co, Bieber Whisperer at J-14, Golden Girls Fan Club Prez at Lifetime and Talk Show Host Understudy to Katie Couric. Now, she's taking on the sports world at The Relish, teaching Hairography 101 in her spare time and will forever be trying to fill the hole Zayn Malik left in her heart.
Kickstarter
Tech
Kickstarter Music
More From Tech