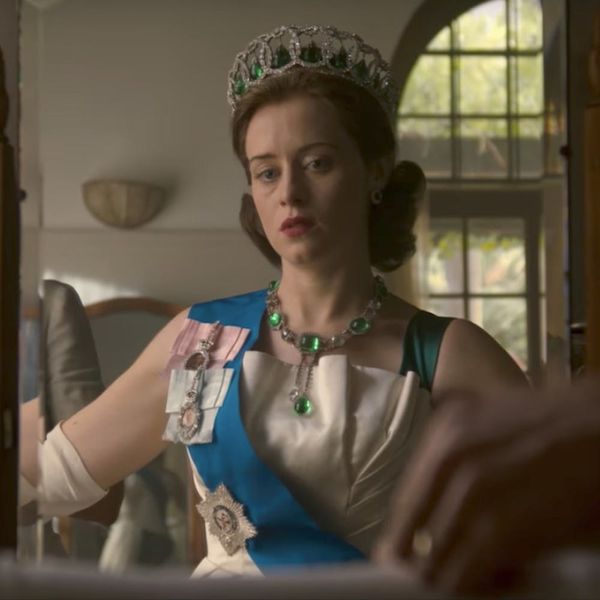 Netflix certainly went all out for the first season of The Crown, reportedly spending a mind-boggling $100 million on the series, which centers around the British royal family and follows Queen Elizabeth II’s initial rise to the English throne (and all the trials and tribulations that are attached to such a role), as well as her relationship with Prince Philip. Last season was a roller coaster of royal drama. And judging by the trailer for season two, which was released Thursday, August 10, we’re in for another wild ride when the show returns in December.

We now see Queen Elizabeth (played by Claire Foy) a decade into her rule. As her “marriage and empire crumble around her, she must do what is required to ensure the British monarchy survives.” (No pressure!)

“I’ve been queen barely 10 years, and in that time, I’ve had three prime ministers. Not one has lasted the course,” she says at one point.

The political problems are apparently only the beginning, though. Behind closed doors, Prince Philip (played by Matt Smith) is still trying to convince his wife of his unwavering loyalty, but outside the palace gates, it’s a completely different story. “You married a wild spirit. Trying to tame him is no use,” the queen is warned as we see the prince gallivanting around the world with various glamorous ladies.

A woman. A sister. A daughter. A wife. A mother. #TheCrown

“The rumors still haven’t gone away,” she says. “I’ve learnt more about humiliation in the past few weeks than I’d hoped I would in a lifetime.”

According to Vulture, the second season will also follow the queen as she meets JFK and introduces a love interest for Princess Margaret. Check out the trailer below and get ready for season two of The Crown to return to Netflix on December 8.

What was your favorite scene in season one of The Crown? Let us know @BritandCo!