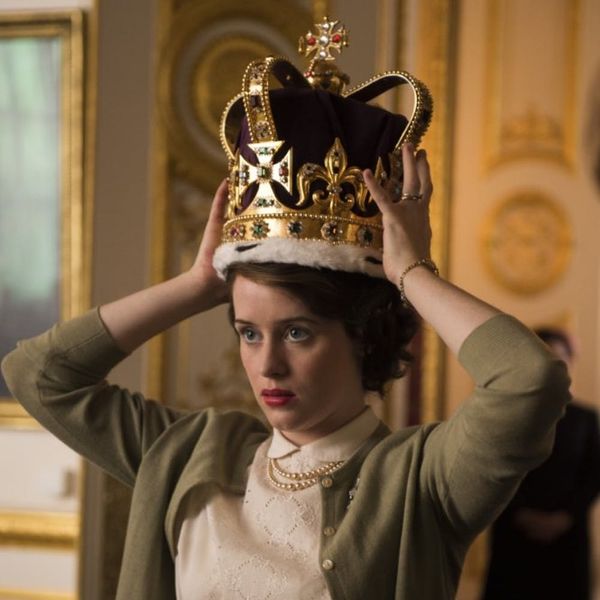 Our generation may currently be obsessed with Kate Middleton (British Vogue’s 100th Cover Girl) and Prince William (the first royal to appear on the cover of an LGBT magazine), not to mention Prince Harry, Prince George and adorable little Princess Charlotte. But before these younger royals, it was up to Queen Elizabeth II to enchant the empire. If you’ve ever wanted an insider’s look into the lives of the royal family of England, you’re about to get it with The Crown.

Thanks to Netflix and their rumored $100 million investment into the project (seriously, it looks like no expense was spared), we’re whisked back in time to meet a young 25-year-old Elizabeth, played by actress Claire Foy, who is unexpectedly thrust onto the throne after her father, King George VI, dies and her uncle abdicates the throne for true love.

With incredible costumes and sets that take us right back to 1947, we’re brought into the time of Churchill and the monarchy’s attempt to bring itself into the modern world. Focusing on Elizabeth’s life as a new queen, a new wife, and a new mother, this is an unprecedented look at the royal family’s past.

The scene of Elizabeth trying on the crown for the first time (“Do you suppose I might borrow it… to practice?” “Borrow, mum? From whom? If it’s not yours, whose is it?”) will give you chills. The emotional struggles she has with her husband, played by past Dr. Who actor Matt Smith, who is forced to kneel before her and pledge his allegiance to her reign? Double chills.

Premiering on Netflix in November, this is surely a new binge-watching fave.

Are you excited to watch The Crown? Tweet us @BritandCo!

Start a new creative project this weekend. Try one of our FREE online classes today!

Desiree O
Desirée O is a ‘Professional Bohemian’ who loves anything and everything related to the arts, entertainment, and pop culture. She ADORES being a ‘Newsy’ for Brit + Co, covering all of the latest tidbits of awesomeness that you want to read about. When she’s not writing, she’s either making messy art, going on long adventurous walks with her camera, or poking around over at bohemianizm (http://www.bohemianizm.com/). You can find out about Desirée O and her work at http://DesireeO.com/ or follow her on Twitter @DesireeO.
Netflix
Pop Culture
Netflix Royal Family