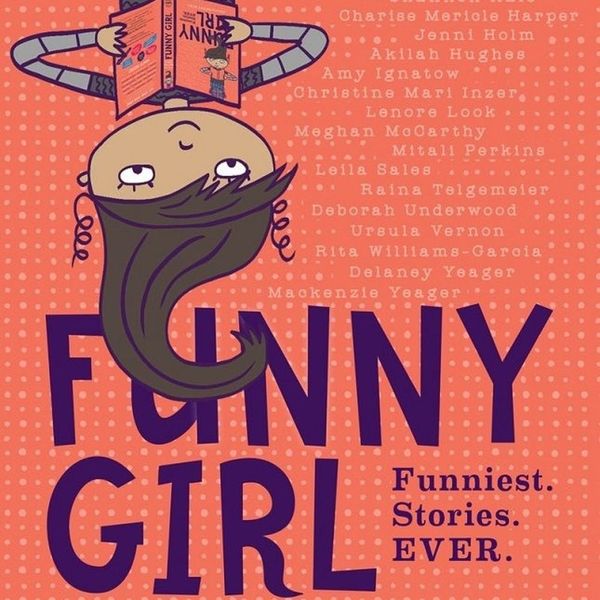 Short stories are lovely little gems of fiction. Some people think they’re “easier” than novels, but while they’re more accessible, crafting an amazing short story is a surprisingly difficult task. Think of it as painting a miniature instead of a mural: You need to capture the same human truths, but by using a smaller brush. This week’s book club features new marvelous moments that are all wonderful miniatures in their own ways, and there’s something for everyone: those of us who love a strange, transgressive experience; those who are looking from something deeply human and emotional; or the kid in all of us who’s just looking for a laugh.

1. Large Animals by Jess Arndt ($16): All the stories in Arndt’s debut collection are more than a little weird, but in a good way. Both the stories and the characters within them refuse to be pigeonholed. They merge surreal aspects with real issues, masculinity with femininity, and language with unnamed feelings. They also create a space for queer narratives and for amorphous bodies; identity is malleable and often strange or undefinable.

“There was a haze over the boardwalk,” Arndt writes in “Moon Colonies,” a story set during a wild time in Atlantic City. “I couldn’t tell if it was the heat or the breeze up, sucking aloft those clouds of sand. I felt clammy pressed in between the two of them. A live of sweat slurred along my chest binder. There was a time when I was sure I would get surgery, when I stayed awake late staring at the plaster wall. I’d made an appointment with the surgeon even, checked the box: payment plan. A giddy, raw feeling. How could it not mean change?”

Arndt’s characters long for different lives and carry burdens they feel don’t quite belong to them. They deal with parasites, turmoil, mislabeling, and weeds. They have visions and hallucinations, drink, and take drugs. All this disorientation leads to a tumultuous, potentially confusing, but ultimately rewarding reading experience: Kirkus says, “Reading Arndt is like walking toward a shimmering desert mirage and being met with a cloud of acid instead of an oasis of cool water.”

2. The Purple Swamp Hen and Other Stories by Penelope Lively ($25): If Arndt’s stories induce a feeling of bodily disconnect, Lively’s stories center around the theme of communication and connection between people. A previous winner of the Man Booker Prize (for her novel Moon Tiger), Lively finally makes a triumphant return to the short story form. Her work plays with perception; when two people can interpret the same event in very different ways, effective communication is key.

The title story details the relationship between the swamp hen and slave girl Servilia in the days before Mount Vesuvius erupts in 79CE. Unexpectedly narrated by the hen, it shows how the two kept creatures are the only members of the household able to understand each other when disaster strikes: “We looked at each other, bird and girl… No language passed, but perfect understanding. Something I had not come across before with that species.”

Other stories include a riff on Pride and Prejudice, tales of ghosts and con artists, and a host of situations where lovers or spouses realize they’ve never completely understood each other. Sometimes they come to a happy resolution, cutting through apprehension and false assumptions. Sometimes the lack of connection has a devastating effect. Ultimately, they encourage us to read each other, and to always get the other person’s side of the (short) story.

3. Funny Girl: Funniest. Stories. EVER. edited by Betsy Bird ($17): It’s the most tired argument you could possibly have about comedy, but it happens over and over again: “Women aren’t funny.” Try again! To stop this conversation in its tracks, Funny Girl helps convince us (and, more importantly, kids and teens) that women are not only funny, but hilarious. Editor Betsy Bird has collected pieces from 25 funny and accomplished ladies for this anthology, an eclectic mix of topics and styles with a linking thread of pure glee.

Among the short stories are personal essays, multiple-choice questions, and pun-filled comics to keep you entertained, as well as advice from professional comedians about how to be your funniest self. There are titles like “The World’s Most Awkward Mermaid,” “Tell Your Future With Mad Libs” and “7 Things I Thought Were (Think Are) Funny but Were Really Kind of Sad, and That All Happened to My Little Brother.” And, of course, there are discussions about what’s particularly funny (or aggravating, but you have to laugh) about being female, including periods, dresses, and bra shopping, but the book has a more universal appeal. Friends are funny. Families are funny. Life is funny.

Mostly, at the heart of the book is a message: There’s a great value (even a superpower) to humor in helping a woman remain well adjusted. As Bird’s intro puts it, “I knew that according to all the magazines and stuff I heard, I was now supposed to be flailing on the floor, berating myself. My self-esteem, by all logic, was meant to plummet. I was supposed to care deeply what other people thought of me, and I did (sorta kinda), but it’s hard to be down on yourself when you find yourself funny. Or when you find the kernel of humor in dire situations.” Amen to that.

What stories are just the right size? Tag us in your next tiny read @BritandCo.

Brit + Co may at times use affiliate links to promote products sold by others but always offers genuine editorial recommendations.