Next Girls: Blindspot’s Audrey Esparza Reveals the Secret Behind Her Fierce Onscreen Persona 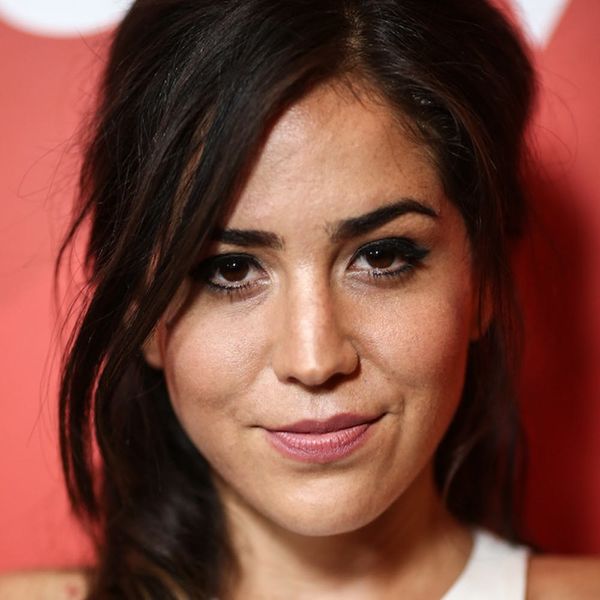 If you’ve taken in any of NBC’s crime drama Blindspot, then you’re certainly familiar with the badass and beautiful FBI agent Tasha Zapata. Agent Zapata is played by Audrey Esparza who, prior to Blindspot, had starred in shows such as Public Morals, Black Box and Power, in addition to roles on Blue Bloods, The Americans and more. But it wasn’t until she brought her bold and brooding energy to the role of the complicated Agent Zapata that Audrey truly made her primetime mark.

“I love watching women be strong, vulnerable, honest and emotionally ugly,” Audrey tells us about what influences her portrayal of Agent Zapata, adding that performers who challenge the audience and open eyes to new perspectives have always left a mark on her. “I have mentioned this before, but watching Salma Hayek play Frida Kahlo made me feel like it was possible for someone like me to be one of those performers,” she says. “And after moving to New York and graduating college I was lucky to meet, work with and in many ways be mentored by some incredible Latina artists in the theater world [who] pushed me as a young artist, and continue to inspire me today.”

Audrey was born and raised in the Mexico-bordering Laredo, Texas, until leaving for the bright lights of NYC to enroll in New York University’s Tisch School of the Arts. She spent all four of her NYU years studying in the Experimental Theatre Wing, eventually honing her stage skills through multiple Off-Broadway shows with acclaimed NYC theatre company Rattlestick. Blindspot does all its filming in the NYC area, and it makes Audrey pretty happy to still be able to call her adopted city home. “I have lived here for 13 years now, and I still have moments when I am walking in a crowd, or jumping on the subway and think, ‘I can’t believe I get to live here.'” Of course, that’s not to say she doesn’t get homesick too. “My family is still there,” she notes, before perfectly and poetically musing, “My body walks through New York, but at night, my heart sleeps in Texas.”

Long before gracing New York’s stages, a tiny two-year-old Audrey and her sisters were obsessed with dance, taking pretty much every kind of class that was available to them, from ballet to jazz to gymnastics to tap to flamenco (“At the end of the day I can fake most of it, but am perfect at none of it,” Audrey jokes). The dance training not only hugely informs her performance as Agent Zapata, but is most crucial to her day-to-day real life. “Being a mover, being someone who is very much connected to their body is part of who I am as a person,” she says, and if her Instagram is any indication, she definitely takes her fitness super seriously, putting in long hours and late nights when needed. “Exercise, for me, whether that be dance, Pilates or running, is meditative, and crucial for my day to day.” It also helps keep her grounded with any challenge she faces on set — some of which have even been beyond the physical. “I have never played someone like Tasha Zapata,” she says. “I teeter between thinking she is a selfless loner, or a completely self-destructive masochist. Finding that balance or straddling both sides has been a surprising challenge.”

We promise no spoilers, but Audrey teases some pretty heavy challenges for Tasha in season two of Blindspot. “Her personal loyalties conflict with who she believes she is as an agent,” she says. “And in true Tasha form, she will lean into her addiction to risky behavior. How that manifests… I can’t say.” (Told you no spoilers.) You can catch Audrey in action on Wednesdays at 8pm on NBC.

Are you a fan of Blindspot? Let us know over @BritandCo!