Is This Ring the Future of Wearable Tech? 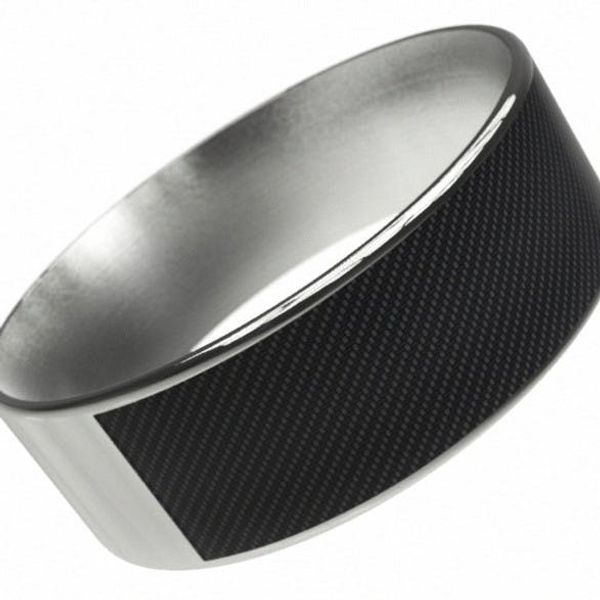 Wearable tech is one of the most exciting new trends in technology. From Google Glass to the Jawbone UP, we love being able to wear our tech while we’re out and about. The NFC Ring, a new Kickstarter project, is the latest to pop up in wearable tech and promises to be the (even) geekier version of the one ring to rule them all. It’s a ring with embedded data designed to let you control your tech and share information with simple gestures.

So how does it work? The technology itself is actually surprisingly simple. The ring has two inlays of NFC (near field communication) data built in. One of those inlays is a bit larger than the other, and that one is designed for public use. Contact information, links you want to share, your public Bitcoin account for accepting payment, whatever you want! The smaller is meant for private data, so here you can store passwords and codes that you want to keep literally at your fingertips.

What can it do? Well, a lot! The two coolest applications of the device that you can use right now basically use the ring as a key. You can use it to unlock any NFC-enabled smartphone or tablet with just a touch. Unfortunately, the iPhone isn’t NFC-enabled, but for all you Android users, this is a crazy cool way to keep your phone private without having to remember another password. The second cool use of this tech is to coordinate it with an NFC-enabled lock for your front door. It’s like the Lockitron but instead of having to use your smartphone, you just have to wear your ring to open your door. The more NFC-enabled devices that enter the market, the more functions this ring will have!

Did we mention that you never, ever have to charge your ring? It’s completely passive so it literally takes no energy to work. All you have to do is wear your ring and never worry about taking it off to charge and then forgetting it at home. They look pretty sleek right now, but the company is going to release other covers in case the current isn’t exactly your style. No need to sacrifice fashion for tech :)

Not only is this project open source, meaning that anyone can create projects that use the NFC ring, the creator, John McLear, also released the designs for the ring itself to be used in 3D printing projects. That’s right, if you have access to a 3D printer, you can make your own ring! Awesome.

What do you think of the NFC ring? What would you use it for? Any other awesome wearable tech we’ve missed? Talk to us in the comments below or send links our way over on Twitter.