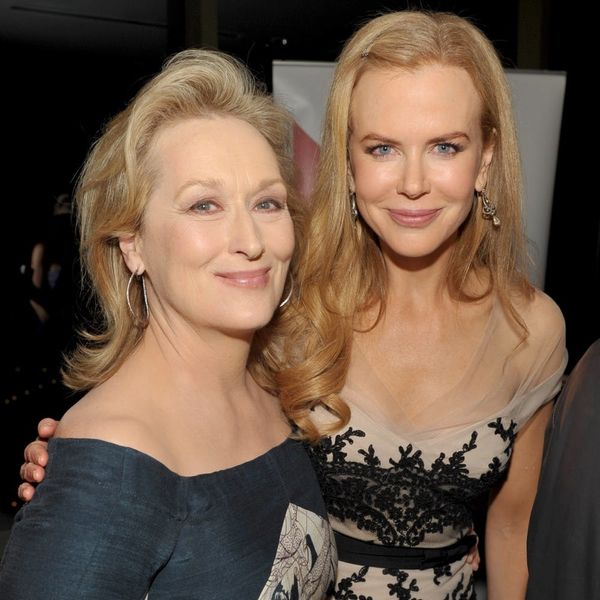 Production on Big Little Lies season 2 is well under way, and with iconic actress Meryl Streep on board, every day on set is an inspiring one.

“We’ve already been shooting. It’s so good,” Kidman recently told ET. “[Meryl’s] just amazing, and to watch her do her craft, it really is artistic craft when you watch her. We’re all — Laura Dern, Shailene [Woodley], Zoe [Kravitz], Reese [Witherspoon] — we just go, ‘Gasp, can you believe it?'”

Streep signed on to play Mary Louise Wright, the mother of Alexander Skarsgard’s character — AKA Kidman’s mother-in-law — for the hit HBO show’s second season. The announcement came in January, kicking off an exciting few weeks of additional casting news.

At the time, Kidman, as well as Witherspoon and Dern, took to social media to express their awe and excitement over the acting legend joining the show. Months later, Kidman is still just as enthusiastic.

“She’s got a fantastic character,” she told ET. “It’s also grounded and it’s based in something very, very real, and we hope we bring you the [best] second season and it delivers. We’re working hard.”

Kidman’s husband, Keith Urban, who appeared at the 2018 ACM Awards on Sunday, also dished a season 2 teaser that backs up his wife’s claims. “I’ve seen little bits and pieces of it already and it’s amazing,” he gushed. “Amazing.”

Are you excited for Big Little Lies season 2? Let us know @BritandCo!