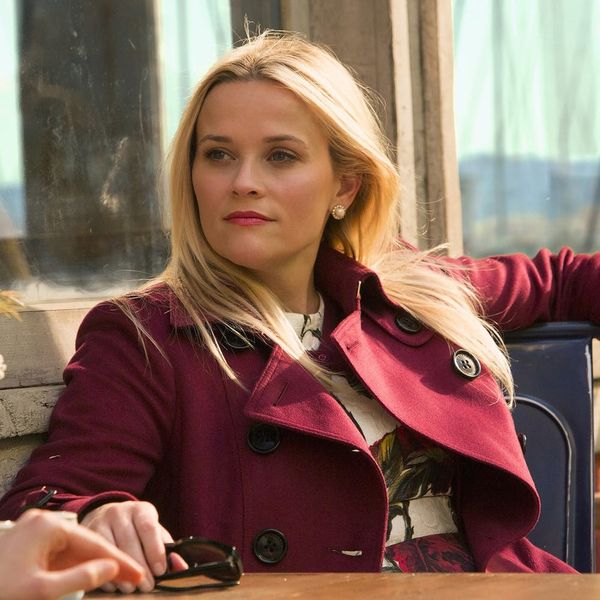 Reese Witherspoon gave us a clue that Big Little Lies might be getting a second season way back in May, before rumors started buzzing that the unconfirmed project would start filming next spring. Now, we’ve finally gotten the official confirmation we’ve been waiting for, as HBO has announced that Big Little Lies will return for season 2.

According to Variety, Nicole Kidman and Reese Witherspoon are set to reprise their roles as Celeste Wright and Madeline Martha Mackenzie, and David E. Kelley will return as both a producer and a writer. HBO reportedly expects most of the rest of the original cast — which included Shailene Woodley, Laura Dern, Zoe Kravitz, and Adam Scott — to sign on again, too.

There will be some changes, though. Andrea Arnold, who has worked on Transparent and American Honey, will be taking over as director. “I’m beyond excited to be working with talented and acclaimed director Andrea Arnold, who will be at the helm,” Witherspoon said in a statement about the news. “Andrea’s unique storytelling style will be a welcome addition to the filmmaking team.”

Vulture reports that there will also be a few new characters, though an HBO spokesperson could not confirm. According to the site, the show is looking for actors to play a new second-grade teacher at Otter Bay Elementary School and a new school admin employee who becomes friends with Jane (Woodley). We’ll also reportedly meet Bonnie’s parents, Elizabeth and Martin Howard.

Per The Hollywood Reporter, season 2 will explore the “malignancy of lies, the durability of friendships, the fragility of marriage, and, of course, the vicious ferocity of sound parenting. Relationships will fray, loyalties will erode … the potential for emotional and bodily injury shall loom.” Sounds ominous. But we’re excited to dive back in!

Witherspoon is too. “It gives us the opportunity to delve deeper into the lives of these intriguing and intricate Monterey families and bring more of their stories back to the audience who embraced and championed them,” she said in her statement.

Kidman, who won an Emmy for her role, added, “This is inspired by the overwhelming response by audiences around the world. … What a journey this has been. I’m so grateful to have this opportunity to keep exploring these female characters and make this series with my friends.”

According to Vulture, season 2 won’t debut until 2019, as HBO programming chief Casey Bloys said it would be “impossible” to get it on in 2018. We can’t wait to see what happens next in this world of secrets, deception, and even murder.

Are you excited for a second season of Big Little Lies? Let us know @BritandCo!