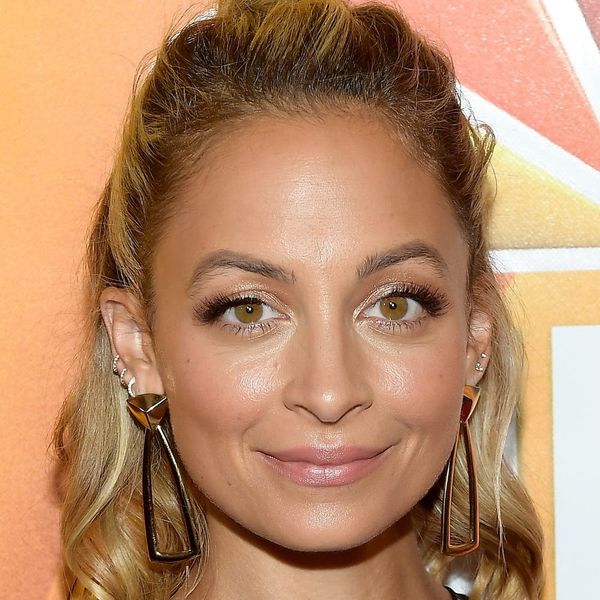 We may have entered a new phase of Taylor Swift, but Great News star Nicole Richie is still living out the Bad Blood era… literally. In a promo for the show’s newest season, Richie takes on Swift’s badass alter ego from the video as “Portia Scott Griffith,” a fierce figure in a black catsuit.

Where the pop singer famously dueled Selena Gomez, Richie spars with “MMN Boardroom B*tch,” played by none other than Tina Fey.

With a squad that includes Andrea Martin and John Michael Higgins (or “Lil Troublemaker” and “Walter Concrete”), along with Brad Morris, Chris Parnell, Horatio Sanz, and Tracey Wigfield, Richie strides through an office while singing, “You better wash diss, bish, I’ve had enough of your ish, bish, I’m a famous and rish bish” — no doubt a cheeky nod to Swift’s rival Katy Perry, whose “Swish, Swish” single includes plenty of “bish” references and is rumored to be throwing shade at the “…Ready for It?” singer.

While Richie and Fey’s rivalry is more about office housekeeping than career competition, their “feud” is no less entertaining. Check out their flame-throwing antics here!

What did you think about Nicole Richie and Tina Fey’s “Bad Blood” spoof? Let us know @BritandCo!

Desiree O
Desirée O is a ‘Professional Bohemian’ who loves anything and everything related to the arts, entertainment, and pop culture. She ADORES being a ‘Newsy’ for Brit + Co, covering all of the latest tidbits of awesomeness that you want to read about. When she’s not writing, she’s either making messy art, going on long adventurous walks with her camera, or poking around over at bohemianizm (http://www.bohemianizm.com/). You can find out about Desirée O and her work at http://DesireeO.com/ or follow her on Twitter @DesireeO.
Celebrities
TV
Celebrities Music Taylor Swift