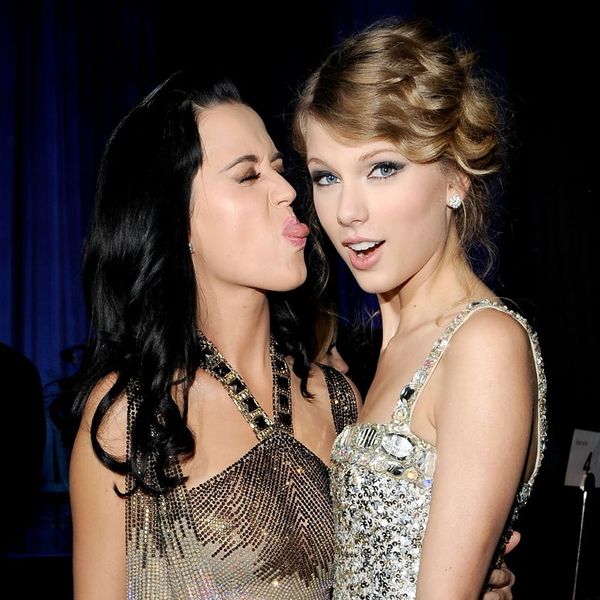 It looks like the rumors that Katy Perry’s latest album throws shade at Taylor Swift are 100 percent true. The proof is in “Swish Swish,” Perry’s new single which pretty clearly takes a shot at her industry rival. And not only that, but she’s enlisted Nicki Minaj (who knows all about feuds herself) to remind Swift in no uncertain terms: “Don’t you come for me.”

With the tune’s lyrics repeating (word-for-word at times) her recent comments about the “Bad Blood” situation between herself and Taylor Swift, Perry’s new song doesn’t try to back down in any way, saying, “Don’t lose no sleep / Don’t need opinions / From a shellfish or a sheep.” We’re gonna assume she means Tay there. And OUCH!

She continues with a familiar sounding, “Don’t you come for me,” before adding her apparent opinion of her foe saying, “You’re calculated / I got your number / ‘Cause you’re a joker / And I’m a courtside killer queen.” But, of course, Perry isn’t worried about the fiery feud, snapping a fierce chorus with, “Funny my name keeps comin’ outcho mouth / ‘Cause I stay winning … Swish, swish, bish.” Advantage? Katy Perry!

And if you think fans are in any way reading too much into the lyrics, even Tay’s own squad has seemed to confirm that the song is about the “Bad Blood” singer.

"Purposeful poop" to "bomb a petit" to a sloppy mess of writing over the top of Funkagenda..stop trying to make 'Wit..I mean "fetch" happen.

Ruby Rose took to Twitter early this morning to slam Perry, saying, “‘Purposeful poop’ to ‘bomb a petit’ to a sloppy mess of writing over the top of Funkagenda..stop trying to make ‘Wit.. I mean ‘fetch’ happen.’”

I just think with everything going on in the world to go from rebranding as political activist only to ditch it and go low.. is.. a bummer.

She added, “I just think with everything going on in the world to go from rebranding as a political activist only to ditch it and go low.. is.. a bummer.” So, Ruby Rose is calling out Katy Perry for going low while also calling her song a “sloppy mess” (a fair opinion or also going low?).

As we wait to see if more of Taylor Swift’s squad members come to her defense — or even (*gasp*) a possible response from Swift herself — check out “Swish Swish” and decide for yourself if it’s pop-filled fun, shade-filled snark… or both!

Do you think “Swish Swish” is about Taylor Swift? Let us know @BritandCo!