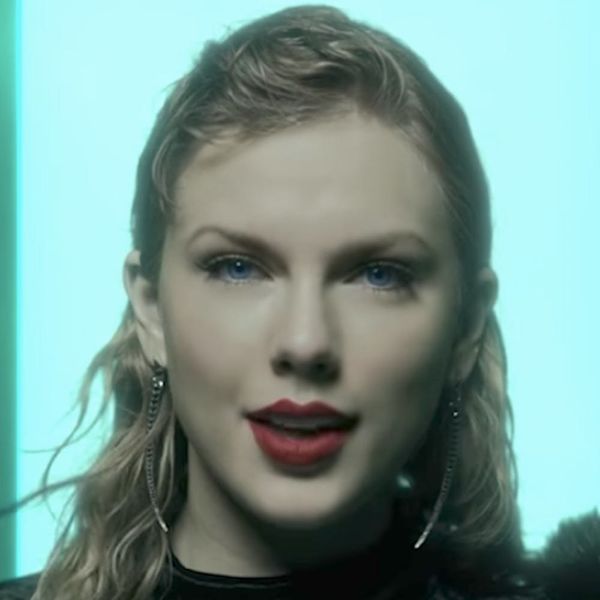 Since bursting onto the music scene more than a decade ago, Taylor Swift has undergone more than her fair share of style transformations. She’s tried the squeaky clean school girl look, retro babe, and high-fashion goth. Now, as we enter the era of Reputation, Swift, 27, is taking on a whole new *lewk* unlike ANY we’ve seen from the singer before.

After basking in all of the Swift-style eras of the past, courtesy of her slew of clones in the “Look What You Made Me Do” video, we’re taking an up-close look at each and every element that makes up this new Reputation Taylor. Check out our in-depth analysis below.

1. ‘90s Grunge Garb: Announcing new music was on the way after four long years via social media, we got our first glimpse at the artwork for Swift’s album, set for release on November 10. With it, we saw a slightly angsty Swift that looked more like an ’90s era emo ad from one of our favorite mall stores than the sequin-loving star we once knew. Tattered, ripped sweatshirt? Check. Too-tight choker necklace? Double check.

2. Severely Slicked-Back Hair: Shortly after releasing the audio for “LWYMMD,” the “…Ready for It?” singer debuted the record-breaking visual, which quickly cemented the second element of her edgy makeover: slicked-back hair. Whether it’s paired with a deep part, as seen in the tea-sipping scene above, or worn curly, the severe style seems to be a quintessential part of the Grammy-winner’s newest signature look.

3. Uber-Dark Lipstick: While the signature red lip we’re so used to seeing on Swift is still present in several clips, it’s largely been replaced by a much darker purple hue.

4. Super Pointy Nails: Kitty can scratch! No rounded or square edges here — the songwriter appears to have a new favorite mani shape, as seen with the painted gold claws above and the blood red spikes. With the sides filed off and the tip resembling the point of a dagger, these bad boys make a statement all on their own.

5. Bling, Bling, and More Bling: Tay Tay was seriously dripping in bling in her record-breaking video, and we took notice. From blinding snake rings to glitzy wrist cuffs, Swift isn’t shying away from OTT jewels. Case in point: Her diamond bath was worth a reported $10 million+ alone.

7. Thigh-High Boots: No ordinary heel will do for America’s sweetheart. In nearly every scene, thigh-high stiletto boots are her footwear of choice. All the better to crush her enemies with, my dear!

8. Smokeshow Eyes: We get it, showstopping smokey eyes are a must when you are a newly minted bad-girl.

9. Spiky Studs: Nothing says badass quite like shiny spikes, and that’s exactly the vibe she was going for with this heavily studded ensemble. Warm and cuddly, biker Taylor is not: Come too close and you just might get hurt — which, TBH, might very well be her end game here.

10. Ripped Fishnets: Swift doesn’t just work of-the-moment trends: She DESTROYS them, as with this fishnet one piece.

11. Camo Prints: If we had to guess, we’d assume that that camo print jacket worn on the cover of her exclusive magazine (also dubbed Reputation) wasn’t chosen arbitrarily. Know who else wears camo? Soldiers preparing for combat. Looks like someone’s suiting up for war!

What do you think of the new Taylor? Share with us over @BritandCo.

Nicole Briese
Nicole is the weekend editor for Brit + Co who loves bringing you all the latest buzz. When she's not busy typing away into the wee hours, you can usually find her canoodling with her fur babies, rooting around in a bookstore, or rocking out at a concert of some sort (Guns N' Roses forever!). Check out all her latest musings and past work at nicolebjean.com.
Celebrities
Celeb Style
Celebrities Celebrity Style Music Taylor Swift
More From Celeb Style