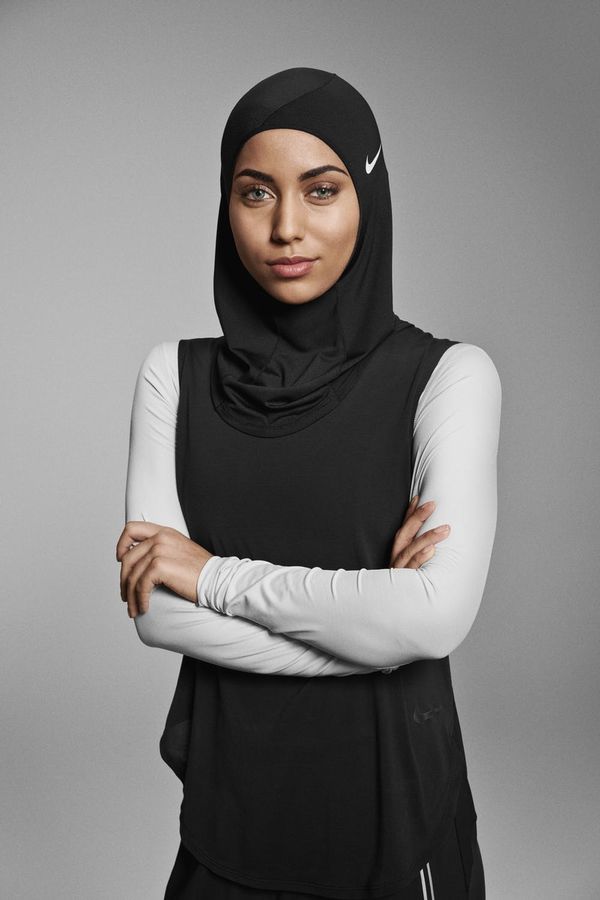 Female Muslim athletes have been taking the sports world by storm, but gear specifically catering to their needs has been missing from the big sportswear companies. But starting in spring 2018, that’s all going to change. Nike has plans to launch their Pro Hijab collection, and we love what we’ve seen already.

This is about more than just fashion. Wearing a hijab while competing can get dangerously hot, so Nike’s hijab is made of a porous mesh material for maximum breathability. It’s also adjustable depending on the sport, and is extra long at the back so it doesn’t come untucked.

In an interview with Al Arabiya English, Global Nike Spokeswoman Megan Saalfeld said they came up with the idea of an athletic hijab after chatting with female Olympic Weightlifting champion Amna Al Haddad, who complained about her lack of options. Hijabs are typically made out of materials like cotton, which can hang onto water and get very heavy in sweaty circumstances.

“From there, we worked with Amna and a variety of other athletes to see what they needed and wanted in a performance hijab. What we heard was that women were looking for a lightweight and breathable solution that would stay in place without concern of shifting,” Saalfeld said.

The Pro Hijab was also featured in a YouTube spot that Nike released last month:

What other products do you want Nike to release? Tweet us @BritandCo!

Amanda Buckiewicz
Amanda Buckiewicz is a TV producer and writer based out of Toronto. Her claim to fame is producing live interviews with astronauts on the International Space Station, and getting beat up by a bunch of aerial Asian Carp. She spends a lot of time worrying about climate change, shark conservation, and where to find the best moisturizer for her combination skin.
Celebrity News
More From Celebrity News