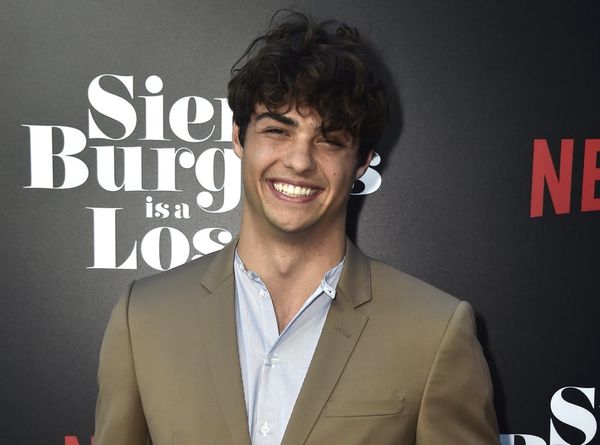 Noah Centineo’s star is getting even brighter. The actor, who recently stole millions of hearts as Peter Kavinsky in Netflix’s To All the Boys I’ve Loved Before, has just joined the cast of the upcoming Charlie’s Angels reboot.

Not much is known about Centineo’s character, but Variety and THR report that he’ll be a love interest for one of the Angels, played by Kristen Stewart, Naomi Scott (Princess Jasmine in Disney’s live-action Aladdin), and Ella Balinska (Midsomer Murders).

Elizabeth Banks, who is both directing and taking on the role of the helpful Bosley, welcomed Centineo to the cast on Twitter. Netflix and Sony, which is behind the upcoming film, also exchanged tweets about the casting news.

“Who is this Charlie? I thought Noah was MY angel,” the official Netflix US account wrote.

The stellar cast also includes Patrick Stewart (X-Men) and Djimon Hounsou (Guardians of the Galaxy), who are on board to play the two other Bosleys. And Jonathan Tucker (Snowfall), Sam Claflin (The Hunger Games: Catching Fire), and Luis Gerardo Mendez (Netflix’s The Ballad of Hugo Sánchez) have been cast in other unnamed roles.

Charlie’s Angels, which originally starred Farrah Fawcett, Jaclyn Smith, and Kate Jackson in the 1970s, was previously rebooted for the big screen in the early 2000s with Cameron Diaz, Drew Barrymore, and Lucy Liu. A short-lived TV revival followed in 2011, with Minka Kelly, Rachael Taylor, and Annie Ilonzeh.

In August, Liu spoke with Entertainment Tonight about the newest version of the story, saying, “To me, I think it’s very exciting. It is something that people keep coming back to and they’re drawn to. That’s something that needs to be explored and if it needs to be explored on all different levels, then it should be. It will only be a more positive result for women.”

The new Charlie’s Angels movie is scheduled to hit theaters on September 27, 2019.

Does Noah Centineo’s casting make you even more excited about the new Charlie’s Angels movie? Let us know @BritandCo!