This Dating App Is Helping Women Call Out Catfishing 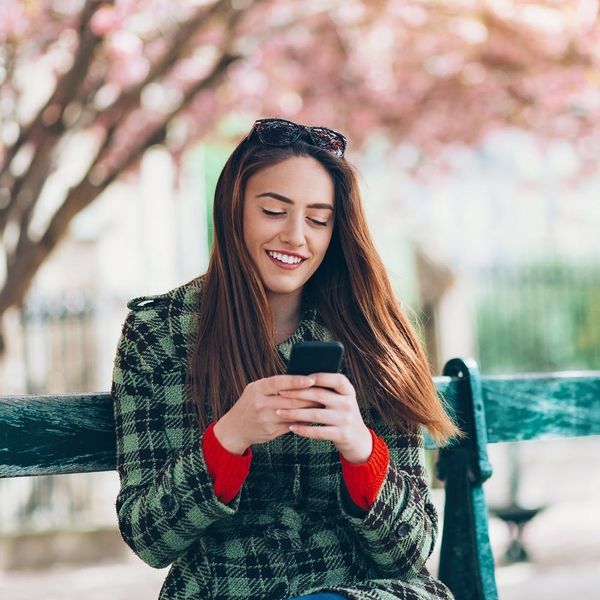 It’s no secret that, in spite of all of its advantages, online dating comes with a healthy share of potential downsides. MTV’s Catfish has bred in even the most hopeless of romantics among us an almost innate skepticism about the true identity of our digital matches, and online dating abuse has become an unfortunate reality.

In mid-February, the team from Once, a popular European dating app that recently launched in the US, conducted an online survey of 1,500 unmarried participants. According to a spokesperson from Once, 80 percent of the female respondents say that they have been deterred from dating apps because of inappropriate behavior they’ve experienced firsthand, with 50 percent saying they have been propositioned for sex during an initial conversation via an online dating platform and 32 percent saying that a match has made them feel generally uneasy and unsafe. Once’s recent arrival stateside is aimed at combatting dating app fears.

Launched in major European cities in 2015, Once is built on the premise that, by providing users with one mutual match per day — rather than many options to choose from — the dating app experience can more closely mirror what it’s like to meet people face-to-face. According to the app’s CEO Jean Meyer, these matches were originally made using a human matchmaker (yes, that’s right… an actual person), a process that has since been delegated to an algorithm with the growth of the platform. In three years, the app has expanded to six million users in seven countries — a number that the company hopes to see grow now that Americans also have access.

Meyer says that he believes Once has been so popular in Europe thus far because it’s an antidote to the swiping culture that has become so prevalent for people trying to find love. “This is the future of dating online,” he tells us. “It’s not about swiping. It’s about matching people perfectly from the get-go.”

If Meyer and his team have their way, the future of dating online will also be safer and more reliable. Due to the results of their recent study about app dating’s drawbacks, Once has introduced an Uber-like ratings system that will allow women to confirm whether or not a planned date actually happened, to quantify how much — or how little — the match was consistent with their profile, and to note any security concerns they had about the person.

“Our revolutionary new ratings feature gives women the ability to rate men after their dates, which is appealing to serious daters,” Meyers says in a press release. “No more catfishing or bottom fishing — men will be held accountable for who they are and how they behave. We’re focused on happily ever after, not instant gratification.”

Users who have been flagged for making their dates feel uncomfortable or unsafe will be banned from the app entirely.

While male Once users will be prompted to rate the accuracy of a profile photo after a date has occurred, they won’t have access to the other new rating features. When asked if that rollout would happen down the road, Meyer invokes the specific concerns of the female dating pool, as well as the recent #MeToo and #TimesUp movements.

“The day that we have perfect equality between men and women on dating apps?” he says. “That’s when we’ll start rolling [more security features] out to men.”

Will you try Once now that it’s stateside? Tweet us @BritandCo!

(Image via Once, featured photo via Getty)

Alli Hoff Kosik
Alli Hoff Kosik is a freelance writer who is passionate about reading, running, rainbow sprinkles, her lipstick collection, watching embarrassing reality TV, and drinking pink wine. She lives in Brooklyn with her husband and (in her dreams, at least) three golden retriever puppies. Listen to her talk books on The SSR Podcast.
Apps
Relationships
Apps Dating Relationship Advice
More From Relationships