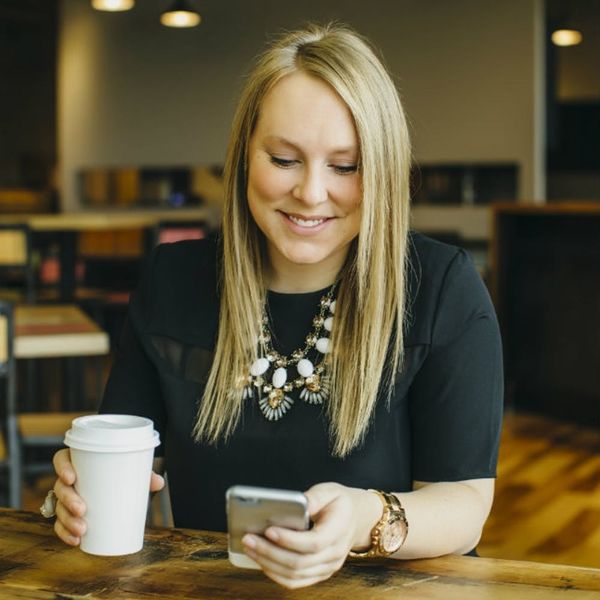 When you swallow bubblegum, it sits in your stomach for seven years. Drinking a cup of coffee can accelerate the process of sobering up if you’ve had one too many cocktails. Lightning can’t strike the same place twice. What do these statements have in common? They’re all well-known myths, or tidbits of so-called “wisdom” that we naturally come to believe as fact. Myths run rampant in the dating world too, especially where online dating is concerned.

If you’re active on dating apps, you’ve probably internalized some of these myths without even realizing it! This February, Tinder set out to determine if there’s any truth behind them. Based on findings from over 7,000 Tinder users and an additional 2,500 millennials speaking more generally about their dating lives, the survey tackled four major online dating myths. Keep reading to learn more about what Tinder discovered about this folklore of the digital age. (Spoiler alert: All four myths were debunked.)

Reality: People who’ve tried online dating in the past report being in more serious relationships than those who haven’t dated online. Only 26 percent of online daters said they had zero to one committed relationship in the past, which means that nearly three-quarters of the millennial respondents had multiple experiences with faithfulness and fidelity in love. Overall, people are finding more success with love online than off: 77 percent of people with online dating experience reported having been in love, compared to 67 percent of offline dates who reported the same.

Contrary to popular belief, dating apps aren’t a magnet for the commitment-phobic. Just nine percent of men on Tinder reported struggling in committed relationships (compared to 30 percent of men not dating online who said the same).

Myth 2: having a rewarding conversation on a dating app is impossible

Reality: App daters are less likely to open a conversation with a generic pick-up line or icebreaker. (Umm, Kimmy Schmidt quotes, anyone?) According to the survey, offline daters are three times more likely than Tinder users to initiate conversations with observations about the weather. Boring!

If the conversation’s good, online chats can turn into IRL meet-ups. About one-quarter of online daters wait between just two and seven days to meet a match in-person. Just 15 percent of offline daters reported the same.

Myth 3: Only the really good-looking find success on dating apps

The survey shows that politics matter in online dating, as in life: 71 percent of online daters (compared to 66 percent of offline daters) said that differing political views are a deal breaker. In fact, nearly one-quarter of the Tinder users surveyed said that political disagreements would be the number one reason to call it quits with an online match.

Online daters are more likely to keep an open mind about professional matters, while exclusively offline daters only want to date people with career aspirations similar to their own.

Reality: 70 percent of online daters reported safe sex practices, compared to 63 percent of people who do not use dating apps and sites.

Forget what you’ve heard. Dating apps haven’t killed commitment. Loyalty is the name of the game for respondents looking for love in the digital age: 93 percent of online daters reported that fidelity is somewhat or very important within a relationship (versus 90 percent of offline daters). Based on the survey, men who date offline are least likely to prioritize fidelity (compared to women, as well as men who do use Tinder).

What can we learn from the debunking of these myths? “These survey results predict that online daters may become more committed to their relationships,” Dr. Carbino says. “Their heightened sense of investment is apparent. This study also illustrates that, contrary to popular belief, online daters are relatively similar to offline daters in terms of their values.”

Have you found these online dating myths to be true or false? Tweet us @BritandCo!

From Your Site Articles
Alli Hoff Kosik
Alli Hoff Kosik is a freelance writer who is passionate about reading, running, rainbow sprinkles, her lipstick collection, watching embarrassing reality TV, and drinking pink wine. She lives in Brooklyn with her husband and (in her dreams, at least) three golden retriever puppies. Listen to her talk books on The SSR Podcast.
Dating
Relationships
Dating love
More From Relationships