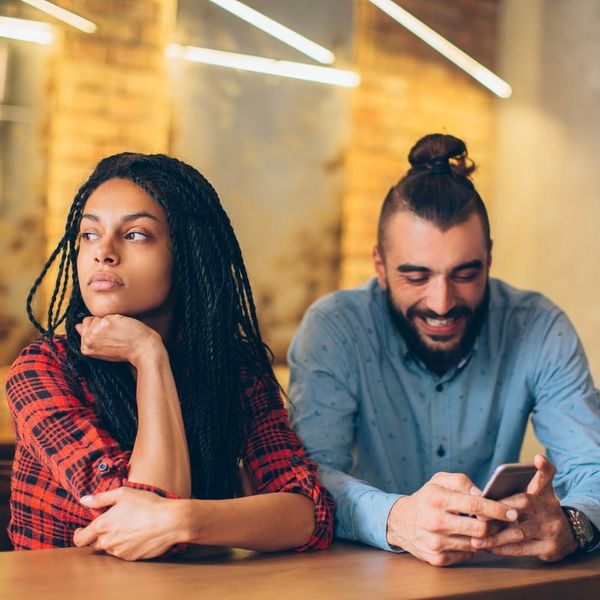 While we tend to associate the month of October with preparation for Halloween parties and the excitement that comes with fully embracing our love for all things pumpkin spice, there is a more somber side to the month too. October is Domestic Violence Awareness Month, which means that it’s a key opportunity for us to educate ourselves about the dangers of abuse and to support and advocate for the many, many people who have suffered from it. With so many issues facing women these days, we know it can be daunting to address yet another scary problem, but we urge you to lend some serious attention to this one. According to the results of the recent Truth About Abuse survey conducted in partnership between Mary Kay and Wakefield Research, domestic abuse is both extremely common and wildly misunderstood, particularly within dating relationships.

“Many people assume that dating abuse or domestic violence means that physical violence is happening, but that’s not always the case,” says Cameka Crawford, chief communications officer for the National Domestic Violence Hotline and loveisrespect. “Abuse can be emotional, verbal, financial, or digital.”

The Truth About Abuse survey further explored these often-ignored violations among teenagers and young adults, in particular. Conducted among 1,000 Americans between the ages of 13 and 24 in the summer of 2017, the survey revealed a great deal about the abuses waged in relationships via social media and the internet.

Sixty-nine percent of survey respondents said that they had experienced one or more of a range of abusive digital behaviors at the hands of a romantic partner. Specifically, the abuses listed included a partner going through their phone, a partner posting embarrassing or negative content about them on social media, and a partner sending them threatening texts or emails, to name a few.

“Going through someone’s phone without permission, demanding passwords, or sending controlling or threatening messages are abusive behaviors because they are using technology to bully, harass, stalk, or intimidate a partner,” Crawford says.

These behaviors have become so common in our uber-connected, social media-crazed world that we often fail to identify them as abusive to begin with. Sixty-nine percent of survey respondents said they thought that a person would be more likely to tolerate abusive behavior online than in person and 75 percent said they believe that social media is a tool for abusers rather than a resource for victims.

“As a society, we are trained to think that abuse looks a certain way or is only physical,” Crawford says. “Young people might be more accepting of digital dating abuse because they may not view the behavior as unhealthy or abusive.”

Crawford’s experience with loveisrespect indicates that much of the problem with abuse stems from the lack of positive relationship role models available for teens. In 2016, she says, nearly 44 percent of the young people who called the hotline were looking for information on how to have a healthy relationship.

So, how do we make strides toward eliminating domestic violence and dating abuse? Modeling healthy relationships in our own homes is a great place to start, but educating and advocating for victims is key. While there is never an excuse for mistreatment within a relationship, Crawford does suggest these tips for those who are already dealing with digital dating abuse:

Encourage victims to reach out for help (the loveisrespect hotline is one great resource) and, above all else, remember that abuse is just as concerning within a dating relationship as in a marriage and just as unacceptable when it happens digitally as when it happens in-person.

What advice would you give a friend who seemed to be suffering from digital dating abuse? Tweet us @BritandCo!