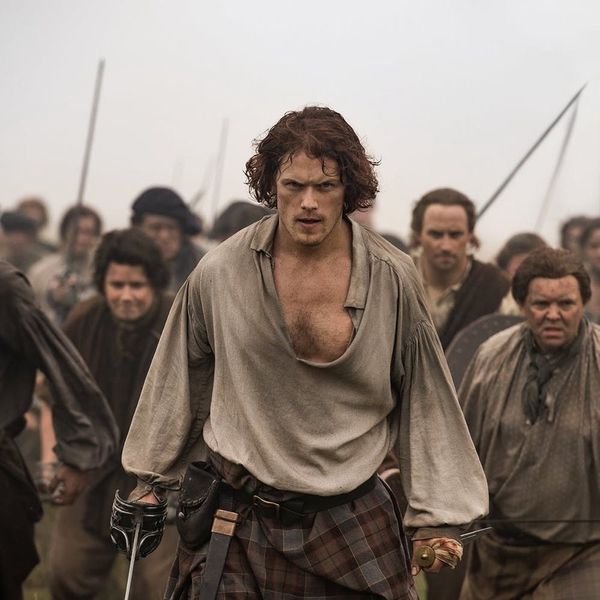 Starz released some treats for Outlander fans Friday, tied to the cast and creators taking part in a Q&A at the 2017 TCA summer press tour.

First the network released a season three sneak peek titled “Parallel Lives,” which previews the first part of the season that features Claire (Caitriona Balfe) and Jamie (Sam Heughan) living apart — 200 years apart. And the show isn’t in a hurry to reunite them, because there is a 20-year time span of their separate lives to explore.

Showrunner Ron Moore revealed during the Q&A that it will be five episodes before Jamie and Claire are reunited, saying that the show had a lot to portray before it could get them together.

“It’s two decades of these two people’s lives, so it felt like to do that justice, you had to give it some time and some space,” Moore said of the story line, which is something Balfe really treasured about the season.

“This season, in particular, being able to… create this woman over a certain period of time is really interesting, especially someone who, because of the loss of her love to Jamie, has shelved a certain side of herself,” she explained. “How does that experience wear on somebody? How does that change how they interact with the people in their lives? I loved being able to play that.”

So what are they up to during those 20 long years?

“Jamie is in hiding… still holding on to Claire,” Heughan says in the video. “He still sees her in the shadows and it takes his family, his sister, and also Fergus to really remind him what he has to live for.”

Meanwhile, Claire is doing anything but hiding. Whereas Jamie is grieving the loss of Claire largely on his own, Claire has had to restart her marriage to Frank (Tobias Menzies) and is preparing for the birth of her child.

“We see Claire in the 1940s having lost the love of her life and having lost an important part of herself,” Balfe teases in the video. “We see how she survives and how she builds a life after that… for two decades, no one came into her life that in any way came close to Jamie.”

In addition to the video featurette, Starz also released a series of season three photographs, which include some action shots from Culloden and also Jamie and John Grey (David Berry), a fan-favorite character who is introduced in earnest in season three (though we did see him as a young man in one season two episode). Click through to see them below.

What do you think of the show’s plan to keep Claire and Jamie apart? Tell us @BritandCo.