Outraged by a New Netflix Trailer, This 21-Year-Old YouTuber Launched the #MeToo of Fat Positivity 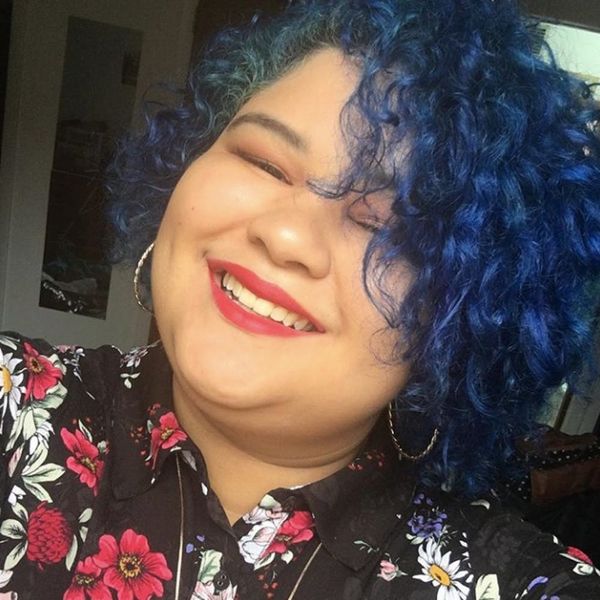 The new Netflix series Insatiable is slated to debut on August 10, but the show has already stirred its share of controversy. When a trailer for the series debuted online in July, many body positive activists were outraged at its negative portrayal of fatness. 21-year-old body image YouTuber and photographer Jude Valentin, who tweets under the name MerQueenJude, took to Twitter to voice her disapproval. That tweet thread went viral and inadvertently launched the hashtag #NotYourBefore. As #MeToo gives voice to women’s experiences of sexual abuse, Valentin’s hashtag has become a signpost for empowered fat perspectives.

In the divisive Netflix clip that started it all, we’re shown the main character Patty, played by Debby Ryan (in a fat suit), being bullied for her weight and re-named ‘Fatty Patty.’ Then we see Patty, with her jaw wired shut, lose an immense amount of weight and re-emerge as her high school’s hottie to take revenge on everyone who was mean to her “before,” in the days she was still fat. The implied takeaway from the clip is that being fat is a punchline for which weight loss is the only route to gaining respect.

“There is this myth that if you’re fat, you must hate your life and be miserable and want to die 24/7,” Valentin tells us by email. “This just isn’t true.”

Valentin believes that social media is the most effective way to make the biggest impact in validating groups of people who aren’t always given a voice, and created the hashtag to give space to fat-identifying people to lift one another up. She also hopes it shows readers who may not be familiar with fat bodies in real life how their actions and attitudes could be hurtful.

Only weeks after her original tweetstorm, Valentin hopes to grow #NotYourBefore into an ongoing online community space that offers an alternative to the mainstream body positivity movement online, which Valentin believes has become co-opted by diet culture (Valentin says that she’s had to unfollow hashtags like #bodypositive on Instagram because she “kept seeing before and after photos” under the category). Instead, she wants to create a forum for representations of people who happen to be fat, happily living life.

“I think it’s so important for fat folks to take up digital space for representation,” she says. We’re here for it.

Amanda Scriver
Amanda Scriver is a passionate storyteller and body image advocate based out of Toronto, Canada. When she isn't writing for various publications, she finds time to Keep Up With The Kardashians while partaking in life's greatest pleasure: the chip buffet. Don't ask her what her favorite restaurant is, it's complicated
Activism
Body Positivity
Activism Body Positive Every Body Twitter
More From Body Positivity