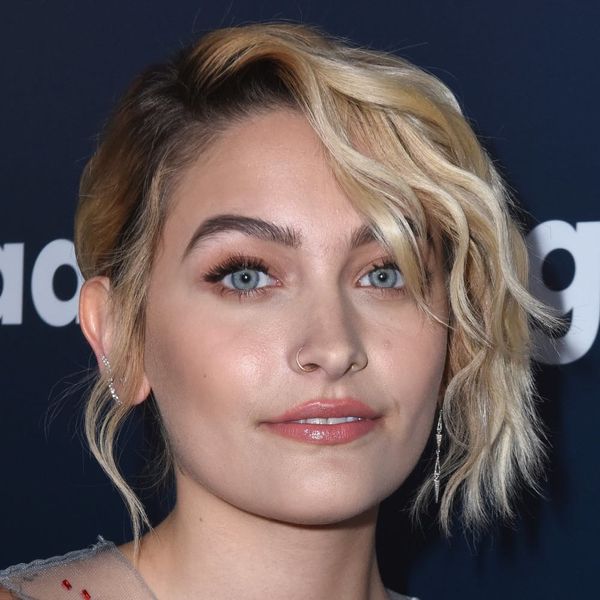 Between her killer Grammys look, her recent modeling contract with Gigi Hadid’s agency, and her newly elevated social circle (which just so happens to include Kendall Jenner), Paris Jackson’s fashion star is undoubtedly on the rise.

She showed us all exactly why last night, when the Star actress showed up to the GLADD Media Awards to present the award for Outstanding Comedy Series to Transparent. Commanding both the red carpet and the stage, the 18-year-old wowed in a colorful Yanina Couture sheer and peacock patterned gown, complete with a gray tulle cape.

Pulled from the designer’s fall/winter 2017 line, Jackson’s “Birds of Happiness” dress also featured a mesh back with gray undershorts.

The model finished off her look with some Stuart Weitzman kicks, a rectangular Edie Parker clutch, and fine jewels from Alison Lou (the same designer who made Blake Lively’s emoji necklace), EF Collection, and Graziela Gems.

That puts her at two for two on the red carpet thus far: We can’t wait to see what Paris wears next!

What do you think of the young model’s style? Tell us over @BritandCo.

Nicole Briese
Nicole is the weekend editor for Brit + Co who loves bringing you all the latest buzz. When she's not busy typing away into the wee hours, you can usually find her canoodling with her fur babies, rooting around in a bookstore, or rocking out at a concert of some sort (Guns N' Roses forever!). Check out all her latest musings and past work at nicolebjean.com.
Celeb Style