This Tasty Tea May Give Your Brain a Boost 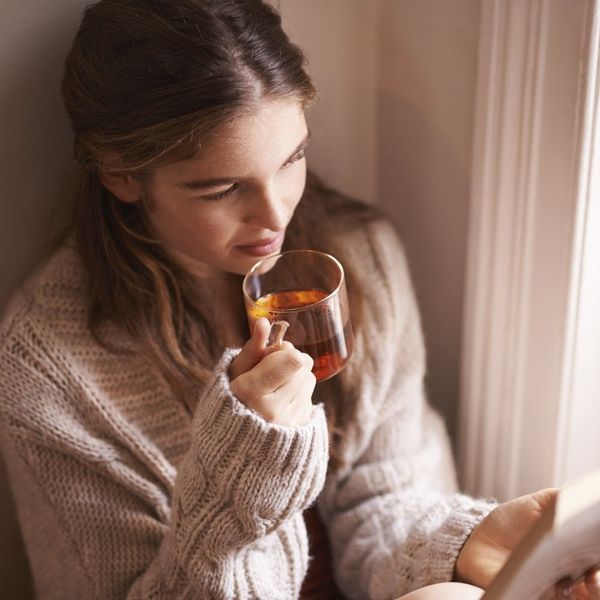 Picture a cozy Sunday morning. You wake up, lazily get out of bed, plunk into your fluffiest slippers and brew yourself your go-to weekend tea. Sounds pretty awesome, right? The best part is that tea is doing amazing things for you — it can help with everything from fighting the common cold to promoting bone heath. But recently, a team of researchers from Northumbria University found yet another health benefit to our favorite cozy-time brew — a cup of peppermint tea might be just the thing to help jump-start your memory.

In a study that was presented at the British Psychological Society’s Annual Conference in Nottingham, 180 participants were randomly given either peppermint tea, chamomile tea or hot water. After first completing a questionnaire relating to their mood, the participants drank their tea (or water) and rested for 20 minutes. Once the break was over, the participants were given a memory and cognitive function assessment and also asked to complete a second mood questionnaire.

Not only did peppermint tea significantly improve long-term memory, working memory and alertness, those who drank the chamomile tea suffered from significantly slowed memory and attention. As one of the study’s researchers, Dr. Mark Moss, notes, “The enhancing and arousing effects of peppermint and the calming/sedative effects of chamomile observed in this study are in keeping with the claimed properties of these herbs.”

So the next time you’re trying to recall something that you just can’t put your finger on — we’re looking at you, weird ’90s song lyrics and the name of that one dude in high school — try skipping the java and pour yourself a peppermint brew.

What’s your favorite type of tea? Tweet us your picks by mentioning @BritandCo.

Ashley Macey
Ashley Macey is a lifestyle freelance writer who loves all things fitness, wellness, and creativity. When she's not exploring her home in the Pacific Northwest with her dog Max, you'll probably find her curled up with a good book and some hot tea. Follow her daily jaunts on Twitter.
study
Health
study