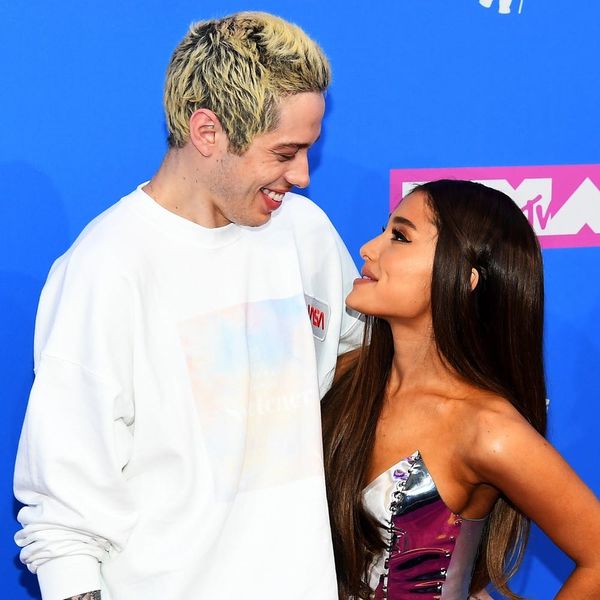 Pete Davidson and Ariana Grande’s relationship has been characterized by big and bold displays of affection, but when it came to Davidson’s proposal, he went for something surprisingly low-key.

“I didn’t want to do something corny,” Davidson told Variety of how he popped the question to his now-fiancée. “We were in bed hanging, after watching a movie. I was like, ‘Will you marry me?’ It was really dope.”

The Saturday Night Live star and the Sweetener singer got engaged in June after only a few weeks of dating. While Grande recently admitted that she predicted she would marry her husband-to-be two years before they ever dated, Davidson said that he never planned to get married until Grande came along.

“I never thought I’d meet anyone like her,” he told Variety. “I can’t even put into words how great of a person she is. I could cry. She’s the f***ing coolest, hottest, nicest person I’ve ever met. … I’m f***ing living the goddamn dream. I feel like I’m living in a fantasyland.”

Grande and Davidson have been candid about their feelings for each other since shortly after they were first rumored to be dating in May. Davidson previously told Jimmy Fallon that he felt like he won a contest, while Grande has taken to social media on numerous occasions to post sweet notes such as, “I thought u into my life,” about her fiancé.

Despite their obvious affection for one another, Davidson admitted to Variety that he felt a little unsure over what Grande’s answer to his proposal would be. “I’m still convinced she’s blind or hit her head really hard,” he said, reportedly laughing. “Something is going to happen, and she’s going to be like, ‘What the f**k is this thing doing around?’ For right now, it’s rocking.”

What do you think of Pete Davidson’s proposal story? Let us know @BritandCo.

(photo via Nicholas Hunt/Getty for MTV)