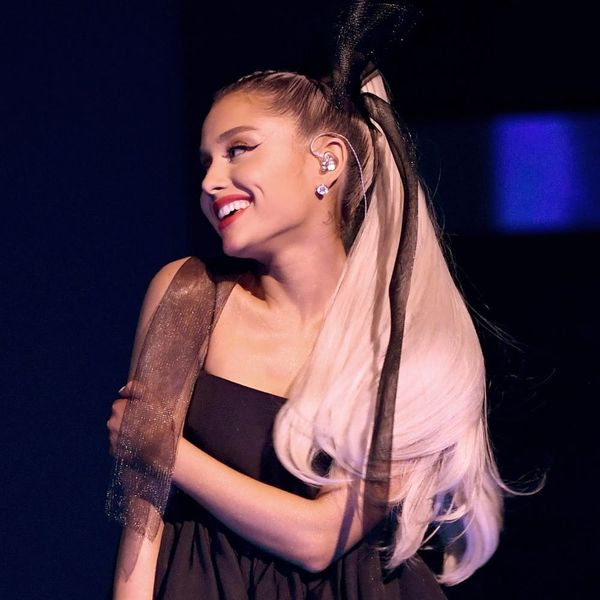 Ariana Grande and Pete Davidson have had a whirlwind romance, going from dating to engaged within a matter of weeks. But it turns out that the pairing may have been in the works for a lot longer than that. In a new interview, Grande admitted that she knew she would marry her future husband as far back as two years ago.

Appearing on Jimmy Fallon’s The Tonight Show on Thursday, August 16, Grande recalled meeting Davidson when she was the host and musical guest on Saturday Night Live in March 2016.

“We never, like, exchanged numbers or anything. We weren’t even friends for a long time,” she said. “But I had the biggest crush in the whole world on him the whole time, like, forever. My friends used to make fun of me for it, all that stuff.”

“I left his writers’ room when we were writing skits and stuff for the show, and my tour manager was in the hallway, and I’m not a crushy person, like I don’t have crushes on people I don’t know,” she continued. “But I left and I jokingly said to my tour manager, ‘I’m marrying him. 100 percent. I’m literally marrying him.'”

Davidson recently admitted to having a similarly infatuated reaction to meeting his now-fiancée. “The day I met her, I was like, ‘Hey, I’ll marry you tomorrow,'” he told GQ. “She was calling my bluff. I sent her a picture [of engagement rings]. I was like, ‘Do you like any of these?’ She was like, ‘Those are my favorite ones,’ and I was like, ‘Sick.'” Grande ended up with a 3.03-carat, $93,000 Greg Yuna-designed rock.

In a recent Fallon appearance of his own, Davidson also described his love life as “so lit,” saying that he feels like he won a contest. We remain entirely here for this couple.

Have you ever had an intuition about a relationship like Ariana’s? Let us know @BritandCo!