Pete Davidson Confirms He’s Engaged to Ariana Grande: ‘I Feel Like I Won a Contest’ 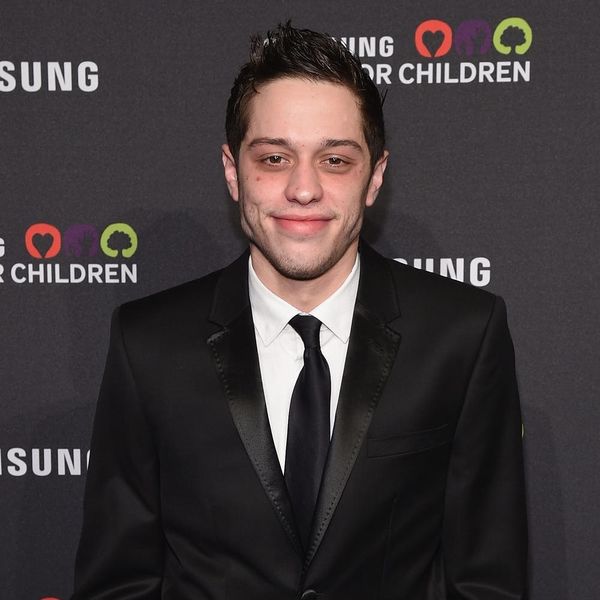 Pete Davidson and Ariana Grande have been publicly enjoying their whirlwind new romance over the past couple of weeks, though neither had officially commented on their reported quick engagement. Now Davidson has put the rumors to rest, confirming on Jimmy Fallon’s Tonight Show on Wednesday that the couple plan to tie the knot.

“You know that you didn’t have to get engaged to Ariana Grande to come on our show,” Fallon joked to the SNL star. (Grande is a frequent and favorite guest of the show.)

“I did, though!” Davidson responded, which drew cheers from the audience and celebratory music from the house band The Roots. Fallon congratulated the comedian and said the show loves Grande so much, to which Davidson replied, “I feel like I won a contest. So sick.”

The Set It Up star went on to say that the media attention around their relationship has been entertaining, if a little baffling. “It’s so lit. It’s so funny when you’re walking down the street, and dudes, they’re like …” he said, tipping his hat. “Some dude came up to me and he was like, ‘Yo, man, you gave me hope!'”

Davidson and the “No Tears Left to Cry” singer were first rumored to be dating in May, after both Grande’s breakup with rapper Mac Miller and Davidson’s split from longtime girlfriend Cazzie David. The new couple quickly made things Instagram official with a Harry Potter couples pic. “The chamber of secrets has been opened…” Davidson captioned the snap. Grande followed that with an unambiguous pic of the pair and the caption, “i thought u into my life woah! look at my mind.” Just a couple of weeks later, she was spotted wearing a jaw-dropping sparkler rumored to be an engagement ring.

No details about a potential wedding have been revealed, but if they stick to their current relationship trajectory, it’ll likely come way sooner than later.

What do you think of Pete’s adorable engagement confirmation? Let us know @BritandCo!