Most Millennial Singles Are Being Ghosted and Here’s Why 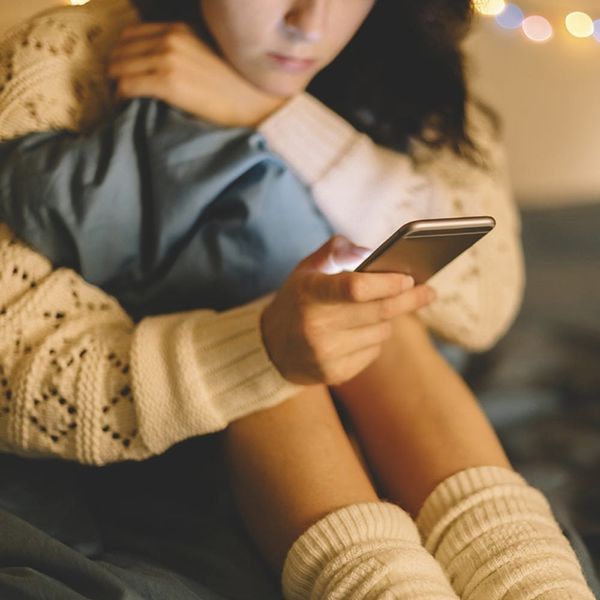 If you’ve been active on an online dating app, chances are you’ve been ghosted at least once. Maybe you start a convo with a match, it’s going great and then… nothing. Total silence. If you haven’t committed a lot of time to that person, it’s a bummer for sure, but not exactly a heartbreaking scenario. However, when you’ve actually gone out with someone and then abruptly receive the silent treatment, it can be kind of devastating — not to mention confusing. Unfortunately for all you millennial singles out there, the dating app Plenty of Fish (POF) has recently conducted a study that revealed “ghosting” is something that’s happening more and more in the modern dating scene.

So you guys, WTF is the deal? If users’ online dating intentions lived up to Tinder’s stereotype (only in it for a hookup) this would make total sense. But considering 73 percent of POF users claim they’re dating online with the hope of finding a serious relationship, it’s a bit of a perplexing scenario.

I’m no relationship expert, but as a single millennial with a semi-active online dating profile, I’m going to chalk the current ghosting crisis up to two major issues: our fear of confrontation and simply having too many options. I’ll be totally honest with you guys: After swiping through Bumble (my preferred app) and seeing 20 profiles that basically look like slightly different versions of the same dude, they sometimes don’t feel like real people anymore. If someone messages me and I realize we’re not actually a great match, why should I have an awkward convo about how I don’t want to talk anymore when I can just go back to swiping and find another guy who “loves the outdoors, traveling and wants a partner in crime?” It’s not a healthy way of thinking, but it’s a mentality I think many online dating users have fallen victim to.

Our fear of confrontation is something that can be attributed primarily to our generation’s tendency to interact primarily online. Considering phone calls tend to feel like an aggressive form of communication today, the idea of breaking things off in person almost seems unfathomable. But spoiler alert: It’s not. In fact, I’ve done it (can you believe it?!) and TBH, it wasn’t all that bad. I was seeing a guy I met on Hinge for a few months and realized I wasn’t all that into it. He hadn’t done anything wrong, and we weren’t officially dating. But I decided to take the high road. I asked him for coffee, told him I have had a great time hanging out but that it didn’t feel quite right to me. He seemed bummed, but in the end we hugged and went our separate ways.

I’ll admit I was very tempted to ghost him. It was the easiest way out, for sure. But I’m ultimately really glad I didn’t. I have closure and (hopefully) he did too. As far as I know, he’s not hanging out on the other side of the city spiting me for never answering his texts and mysteriously disappearing. I hate confrontation as much as any other millennial (maybe even more?) but hey, if I can take the high road, you can too.

Cortney Clift
Cortney is the senior writer and special projects editor at Brit + Co. She typically covers topics related to women's issues, politics, and lifestyle. When she's not buried behind her computer you'll find her exploring New York City or planning her next big adventure.
Dating
Relationships
Dating study
More From Relationships