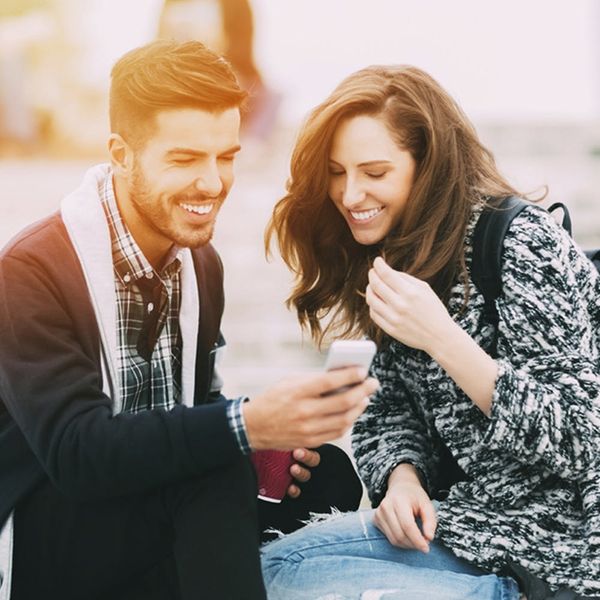 Spoiler alert: Online dating isn’t going anywhere. Whether you’re on Hinge, Tinder, Bumble, the League or OkCupid, the modern, tech-inspired way of dating is only gaining in popularity. And it’s not just our friend group’s involvement that’s making us feel this way. According to a new study by Pew Research Center, more Americans are dating online than ever before.

Pew Reasearch Center surveyed 2,001 adults between the ages of 18 and 65+ to discover both who is using online dating and how they’re using it. Their first finding may not come as a huge shock: 22 percent of 18 to 24-year-olds admit to using mobile dating apps in their daily lives. That’s a pretty major increase considering only five percent of people in this age group reported to using it in 2013. So what does this new number actually mean? Basically, about one in five of your college-aged pals are using dating apps today.

And now onto the dreaded downsides: 45 percent of online daters feel that this method of meeting people is more dangerous than organically meeting someone IRL. Additionally, 31 percent say that the rise of popularity in online dating keeps people from actually settling down because someone new is only a swipe away.

Interestingly enough, only 16 percent of the users Pew Research Center surveyed agree with the statement “people who use online dating sites are desperate.” So, you’d best work on refining that perfect opening line because it looks like online dating is here to stay.

Cortney Clift
Cortney is the senior writer and special projects editor at Brit + Co. She typically covers topics related to women's issues, politics, and lifestyle. When she's not buried behind her computer you'll find her exploring New York City or planning her next big adventure.
Dating
Relationships
Dating study