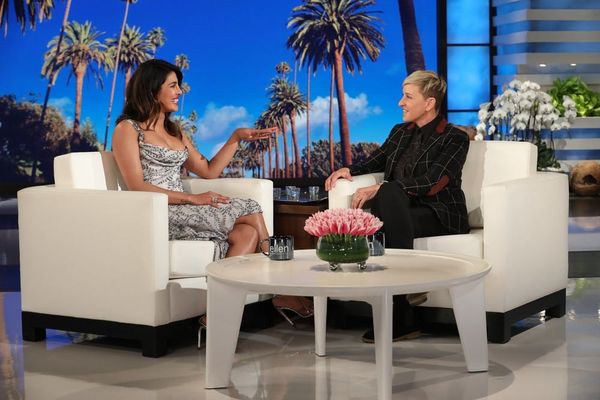 Priyanka Chopra and Nick Jonas’ wedding was one of the biggest celebrity events of the year, but it could have been even bigger. Chopra told Ellen DeGeneres that her mom wanted to invite several hundred more guests than they actually had.

“It was just three days,” the Isn’t It Romantic actress said on Wednesday’s episode of The Ellen DeGeneres Show of her elaborate December 2018 nuptials. “Usually Indian weddings are 1,000 people at least. We had only 200, which was mostly family because both of us have giant families.”

When pressed by DeGeneres as to why the newlyweds decided to opt for a smaller guest list than you typically see at an Indian wedding, Chopra said they “just wanted to keep it super intimate.”

Chopra and Jonas first exchanged vows in a western Christian ceremony on Saturday, December 1, at the Umaid Bhawan Palace in Rajasthan, India, and again in a Hindu ceremony in the same place the following day. Before the ceremonies, the couple also held a Sangeet party, a day of celebrations and rituals customary to a traditional Hindu wedding.

The couple met when the Camp Rock star slid into Chopra’s DMs back in September 2016, but they weren’t linked romantically until May 2018. A few months later, the couple revealed they had gotten engaged.

The Quantico star told DeGeneres that while she and Jonas didn’t know much about each other when they first met, it didn’t take long for them to realize just how compatible they are in some very important ways.

“It shocks me how he’s not been corrupted,” she said. “He’s so family driven and it’s all about his parents. He’s just really nice and sweet.”

Did you have (or would you want) a big wedding? Let us know @BritandCo!