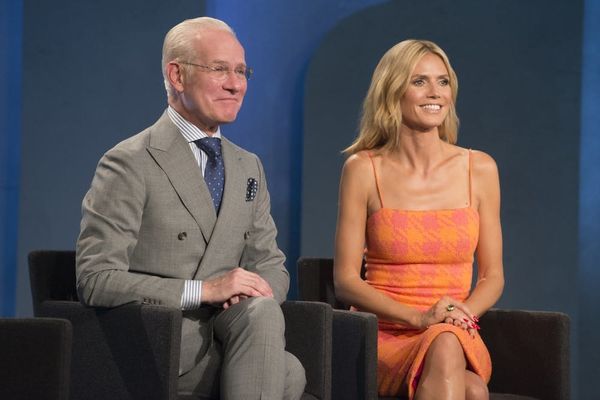 Project Runway has found its new hosts! According to Variety, Karlie Kloss and Christian Siriano will step into the roles vacated by Heidi Klum and Tim Gunn, who announced in September that they’re leaving the long-running show for a new design-focused series on Amazon. Kloss will be the new host of Project Runway, while series alum Siriano will take over for Gunn as the competitors’ mentor.

“As someone who grew up watching Project Runway, I could not be more excited to host and produce a series that provides a platform to aspiring American designers as they pursue their creative and entrepreneurial dreams,” Kloss, who will also act as executive producer, said in a statement to Variety. She went on to say she’s thrilled to get the chance “to inspire, support, and help guide these designers as they realize their visions and build everlasting brands and businesses.”

Siriano, who won the fourth season of the show before launching his own successful brand, is also thrilled about his new role. “Project Runway has offered such wonderful opportunities for so many and I’m excited to take on this role as a mentor,” he said. “I hope to guide and inspire the new talent on the rise.”

The new season of Project Runway is set to return to Bravo next year.

Do you think Karlie Kloss and Christian Siriano are a good choice for Project Runway? Tell us on Twitter @BritandCo.