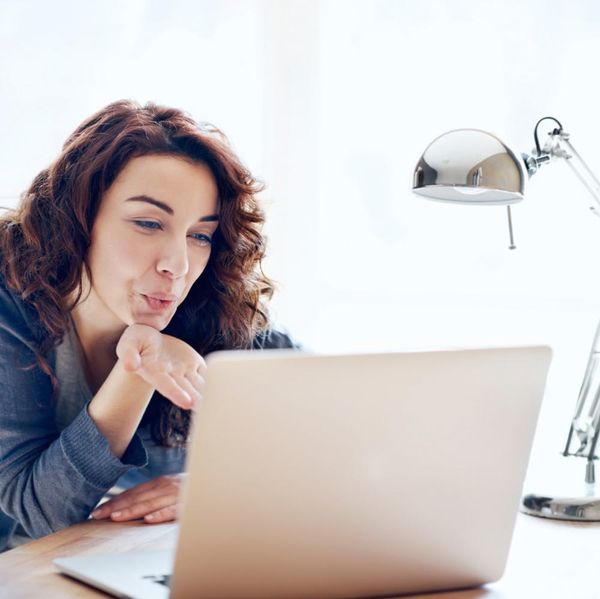 If you’re in a long-distance relationship, you’ve probably heard the phrase “doomed to fail” a few too many times from friends, family and maybe even co-workers. Don’t even try Googling the phrase unless you want to be met with a whole bunch of reasons why long distance never works and you should give up all hope right now. It’s true, LDRs can be tough and do require a lot of effort, but with the technology and creative long distance date ideas out there, it’s easier than ever to stay in touch and feel close to your boo, even if you’re thousands of miles away. Recent studies also suggest that being in a far-away romance can actually be good for both you and your relationship. Keep reading for four scientifically proven ways your LDR is pretty awesome.

1. Distance makes the heart grow fonder. Yes, it’s cheesy, but there’s something to this age-old saying, according to a study published in the Journal of Communication by researchers from the University of Hong Kong and Cornell University. Couples in LDRs develop more intimacy than those who are geographically close, and they also idealize their partners more. It may sound like a no-brainer, but not getting to see your S.O. every day helps you appreciate them even more, and makes the time you do get to spend together more special.

2. It teaches you to be an expert in communication. Some people love to talk about their feels, and others don’t. But in an LDR, communicating what’s going on inside your head as well as little details about your day are absolute musts. According to the same Cornell University study, long distance couples communicate more effectively than those in the same place, and researcher Crystal Jiang notes that they “try harder in communicating affection and intimacy, and their efforts do pay back.” Hear that? All that effort you’re putting in, whether it’s late night video chats or handwritten love letters, comes back to benefit your relationship as a whole.

3. You have more “me” time and reap the benefits that come with it. In a study out of Northwestern University, researchers found that because people in long distance relationships can be independent and pursue their own goals while also feeling supported by their partner, they experience less anxiety and maintain healthier lifestyles than their geographically close counterparts. Talk about the best of both worlds, right?!

4. LDR’s are not doomed to fail. A recent study showed that long distance couples have the same chances of staying together as those who live in the same place. In fact, they found that the quality of a relationship is almost entirely determined by individual characteristics (like compatibility, satisfaction, etc.), rather than distance. The further apart a couple was, the better they were doing in the arenas of communication, intimacy and satisfaction. Sounds like the opposite of failure to us.

Are you in a long-distance relationship? Tell us about it @BritandCo.

Julia Malacoff
Julia is a writer, editor and proud life-long vegetarian based in Brooklyn, NY. An avid traveler, meditation enthusiast and exercise junkie, she stays active in every new locale she visits.
love
Relationships
love science