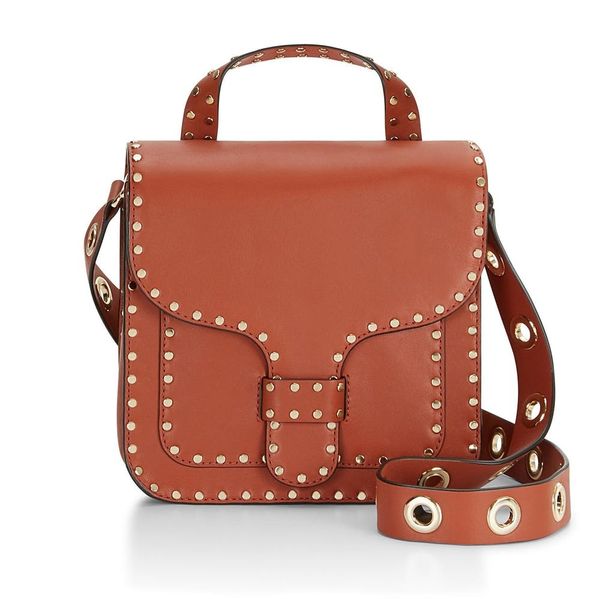 Rebecca Minkoff is certainly no stranger to innovation. The clothing and handbag designer has made wearable tech chic and was a pioneer in the concept of “see now, buy now” fashion shows. Now she’s releasing a collection of “connected” handbags that retail for $295 and are exclusively available at her pop-up shop in Los Angeles at The Grove on February 3. But the coolest part is the purses also include a hangtag that doubles as a ticket for her Spring 2017 show on February 4 in LA.

👋 LA! join us for our Spring 2017 runway show @thegrovela. 5 lucky winners will receive ✌️tickets🎟each to the show. head to our site to enter #RMgoesGrove giveaway.

Rebecca partnered with packing materials company Avery Dennison and software company Evrythng on a series of 10 limited-edition handbags called #ALWAYSON. In addition to a ticket to the follow day’s show, the hangtag also qualifies the owner for a loyalty program, styling services and a ticket to next year’s show.

“When you look at bags, you have this beautiful item that you’re taking with you everywhere, but on its own, it has no life,” she told Women’s Wear Daily. “It’s not connected. It holds your stuff and it looks good, but what if this thing could carry out a role or a function within this larger, connected world that we’re moving into? What’s the future of a handbag in a digitally connected world in the internet of things?”

It sure looks like we’re on the way to finding out.

Are you excited about a handbag that’s digitally connected? Tweet us @BritandCo!