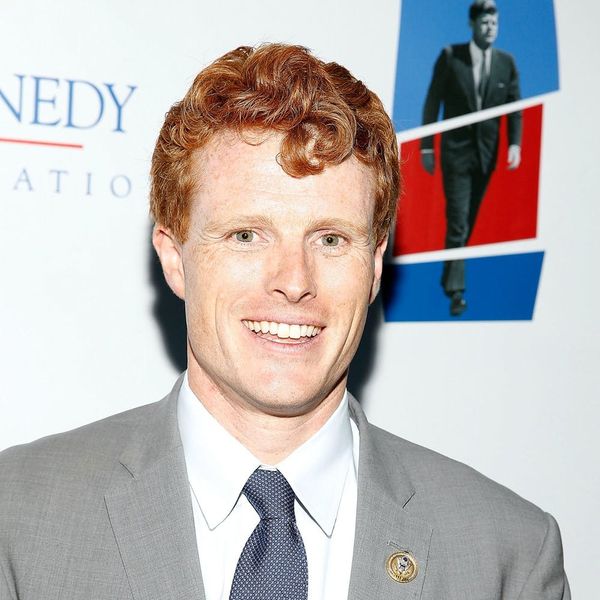 State of the Union rebuttals have been happening as long as presidents have been giving the address. According to Vox, George Washington would give his “annual message” in Congress, and the opposition would return to his home to deliver their own rebuttal. While political parties weren’t quite what they are today, this practice formed what we now call the State of the Union, and the official response happens immediately after, year after year.

This year, the opposition Democrats chose Rep. Joe Kennedy III to deliver their response, and not only was it the polar opposite of the President’s message in the House, but Kennedy broke out some *flawless* Spanish, causing Latinx Americans to go collectively loco for his response.

While Kennedy hit on topics that President Trump didn’t, like Black Lives Matter, #MeToo, and DACA, it was his message to DREAMers — those DACA recipients whose future is in limbo — that surprised and delighted so many online. The vast majority of DACA recipients come from Spanish-speaking countries, and with this in mind, Kennedy looked at this subset of folks and spoke with his heart and an on-point accent.

“And to all the Dreamers watching tonight, let me be clear: Ustedes son parte de nuestra historia. Vamos a luchar por ustedes y no nos vamos alejar,” Kennedy said, repeating the English translation, “You are a part of our story. We will fight for you. We will not walk away. America, we carry that story on our shoulders.”

And with that one simple line, the internet went wild for the next generation of Kennedy.

Folks you might be watching the next POTUS in Joe Kennedy III …. i wasn’t sold on him but holy moly he spoke spanish!!!!

Me when Rep Joe Kennedy III broke out the Spanish #sotu pic.twitter.com/DoRxxri4D3

When Joe Kennedy the third spoke Spanish and was acknowledging and calling out Donald Dump on his bull sh!t, I was like Joe Kennedy the 3rd 2020 #JoeKennedy2020 pic.twitter.com/FDsLiPMHfN

Although it may have surprised many that Kennedy spoke such flawless Spanish, he, in fact, has lived and worked in the Dominican Republic for a number years after graduating from college As a Peace Corps member, Kennedy worked in the DR on workers’ rights in the Puerto Plata province.

What did you think of Joe Kennedy’s speech? Let us know @BritandCo!