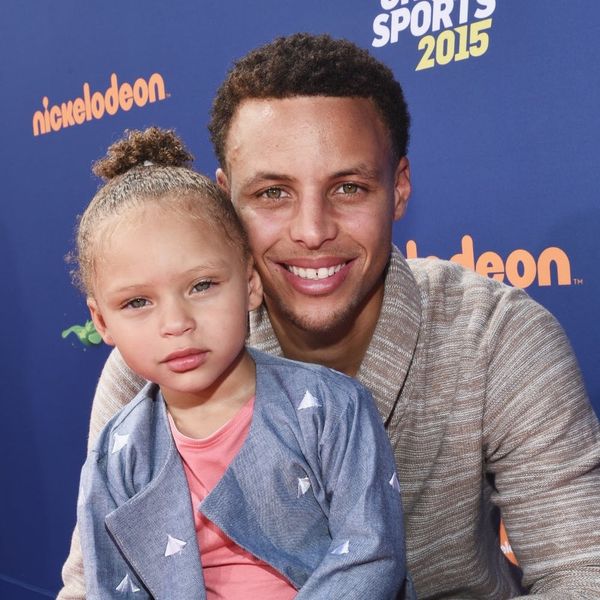 While some toddlers make us laugh with their puking ways that can spark the most epic parental meltdown EVER, and other toddlers blow us away with their already on-point fashionable ways, Riley Curry has just proven to the world who the true MVP is. Get ready for your daily dose of OMG-level adorableness.

Riley Curry had an adorable reaction to a kiss from her dad. https://t.co/hY7EnTH2XI

The crowd was going wild as confetti fell from the rafters shortly after three-year-old Riley’s dad, superstar basketball player Stephen Curry, played the most epic comeback game seven, where he alone scored 36 points and multiple assists at the 2016 NBA Western Conference Finals. As the trophy was brought out, Stephen celebrated in the crowd with his wife Ayesha and daughters Riley and Ryan. In the clip posted by Dr. Cork Gaines, you can see Stephen lean in to give Riley a loving kiss among the revelry. Her reaction? Totally toddler-like! She turns him down flat with a silly smile worthy of a million pics. She then taps her dad’s hat before leaning in for her own hug. So. SWEET.

Take a peek at the mini-vid below of Riley, which is really, well, everything.