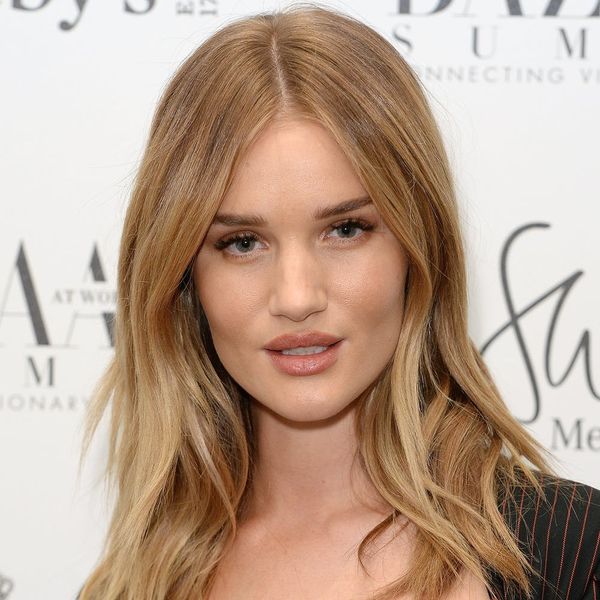 Christmas is just days away, and many people are starting their travels to spend time with family or friends. Rosie Huntington-Whiteley appears to be doing just that, sharing a pic of her boarding a plane — a pic that also happens to feature her baby boy Jack, whom she welcomed with fiancé Jason Statham in June.

“Happy holidays,” the Victoria’s Secret model and actress captioned the pic. In it, she and her jet-sitting six-month-old son are dressed for comfort in a full-length fuzzy coat and a striped pajama onesie, respectively. The photo is a rare inside look into the growing family’s personal lives, with the only other pic shared of Jack (whose adorable middle name is Oscar) being one of his newborn hand.

The very private Huntington-Whiteley and Statham surprised fans with the news of her pregnancy back in February, posting a beachy baby bump reveal on Instagram.

The couple, who have been together since 2010, also quietly dropped the news of their engagement when Huntington-Whiteley flashed her massive engagement ring on the Golden Globes red carpet in 2016. So far, they haven’t revealed any wedding plans, but knowing these two, it’ll be a pleasant surprise when we find out they’ve officially tied the knot.

What did you think of Rosie’s pic with her baby? Let us know @BritandCo.