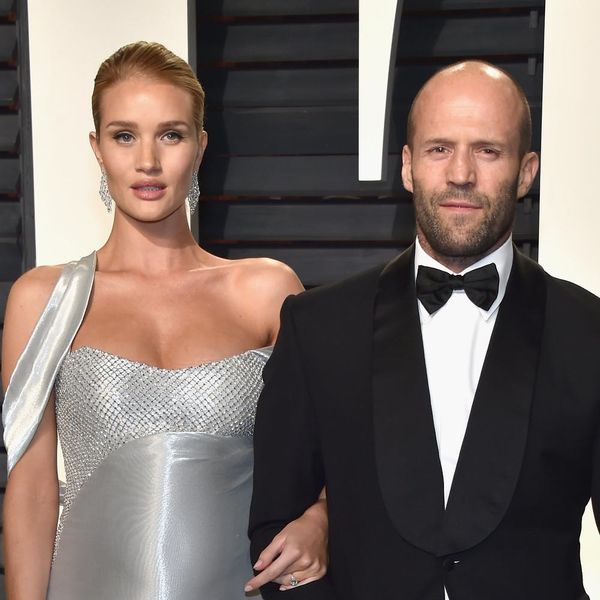 Rosie Huntington-Whiteley and Jason Statham’s baby boy has arrived! Together since 2010 and engaged since January of 2016, 30-year-old Huntington-Whiteley (whose pregnancy style was on fire) and 49-year-old Statham have just announced that they welcomed their first child into the world four days ago, and the pic the pair shared is overwhelmingly adorable.

Huntington-Whitely took to Instagram to break the big news and our hearts can barely handle how sweet the pic is. Showing the newborn in striped PJs with his little hand holding his mommy’s finger, the black and white shot is beyond precious.

“Our little man arrived!” the model and Mad Max: Fury Road actress captioned the pic. She also revealed his name and the details of his birth, saying, “Jack Oscar Statham, 8.8lbs on Saturday June 24th. 👼🏼❤️.” While we don’t have any deets on the origin of the name, it certainly sounds like it could be a tribute to two beloved folks in their lives. For instance, Huntington-Whitely’s mother’s maiden name is Jackson. Jackson = Jack? Either way, it’s a pretty awesome name.

Welcome to the world, little guy! And congratulations to the happy family!

What do you think about the name Rosie Huntington-Whiteley and Jason Statham have chosen for their baby boy? Let us know @BritandCo!