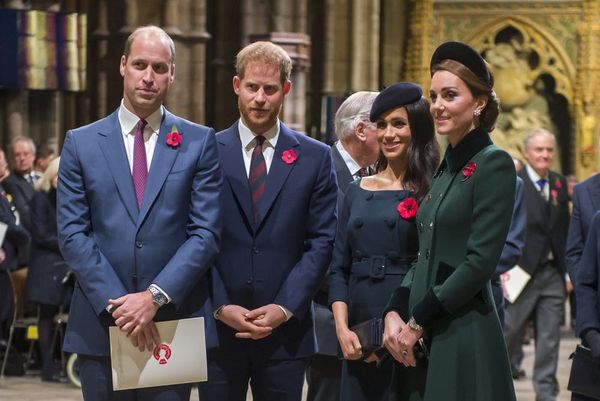 The royal family just made an unprecedented move. For the first time, the palace has published guidelines for interacting with their official social media channels in an effort to deter online trolls.

The guidelines, which were shared across the accounts for @TheRoyalFamily (which focuses on Queen Elizabeth and Buckingham Palace), @ClarenceHouse (the account for Prince Charles and Camilla, Duchess of Cornwall), and @KensingtonRoyal (the account for Princes William and Harry and Duchesses Kate Middleton and Meghan Markle), state that comments must not “contain spam, be defamatory of any person, deceive others, be obscene, offensive, threatening, abusive, hateful, inflammatory or promote sexually explicit material or violence.”

According to the new policy, offensive comments can be deleted, users can be blocked, and people may even be reported to the police if necessary.

This isn’t the first time the palace has stepped outside of its standard communication procedures to admonish abusive online behavior. In November 2016, when Prince Harry and Meghan Markle’s relationship was first made public, Harry’s communications team issued a statement slamming the “sexism and racism” directed at Markle.

And in January, CNN reported that the Palace sought help from some of the major social media platforms, including Twitter and Instagram, in curbing the volume of abusive online comments directed toward Middleton and Markle.