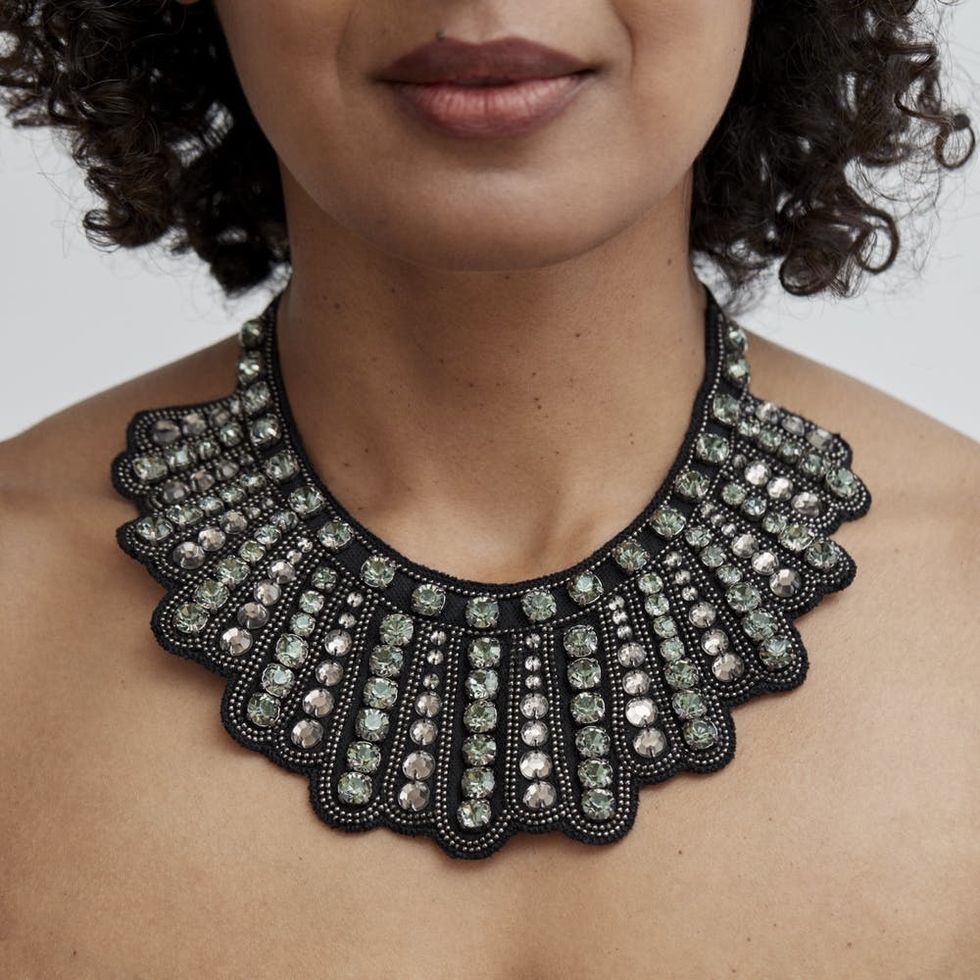 Ruth Bader Ginsburg is a legend. The second woman in history to sit on the US Supreme Court, she’s a political trailblazer, the focus of a new documentary, and she still finds time to accessorize like a boss. It’s no surprise that we’ve seen feminist-themed baubles in honor of her before, but the most stylish showstopper by far is definitely the Banana Republic ‘Dissent Collar’ ($95).

Banana Republic’s bejeweled bib pays tribute to RBG’s fierce style and symbolizes the ongoing fight for gender equality. “Banana Republic is designed for life with no boundaries and equality has always been a part of our brand DNA.” says Mary Alderete, Banana Republic Chief Marketing Officer. “As a brand co-founded by a woman and a company that continues to empower strong women, we want to show our appreciation and support to those who are using their voices to champion equality every day.”

Originally given to Ginsburg as a gift in 2012, the necklace was later re-named the “Dissent Collar in 2018 — after the jabot she wears when she dissents against the majority opinion. This limited edition style went on pre-sale on January 7 only to sell out within a few hours. In addition to making a political fashion statement, 50 percent of proceeds from sales of the bejeweled bib necklace go to the American Civil Liberties Union Women’s Rights Project. Co-founded by RBG in 1972, the ACLU advocates for gender equality and women’s economic rights through legal reform.

When she’s not rocking her dissent collar over her black robe, RBG can be spotted in a slew of statement jabots from blue-beaded numbers and frilly lace, or the Stella & Dot Pegasus Necklace ($199), pictured above. Luckily it sounds like Banana Republic is working on adding additional inventory and you can direct message them to receive a notification when the ‘Dissent Collar’ is back in stock.

Are you rocking a dissent collar? Show us @BritandCo!

Lindsey Graham-Jones
Lindsey is a lover of all things animal print, a surfer of knee-high waves, and a seeker of sunshine.
2019 Style Trends
Style News
2019 Style TrendsfashionJewelryStatement NecklaceStyleWinter FashionWinter Style