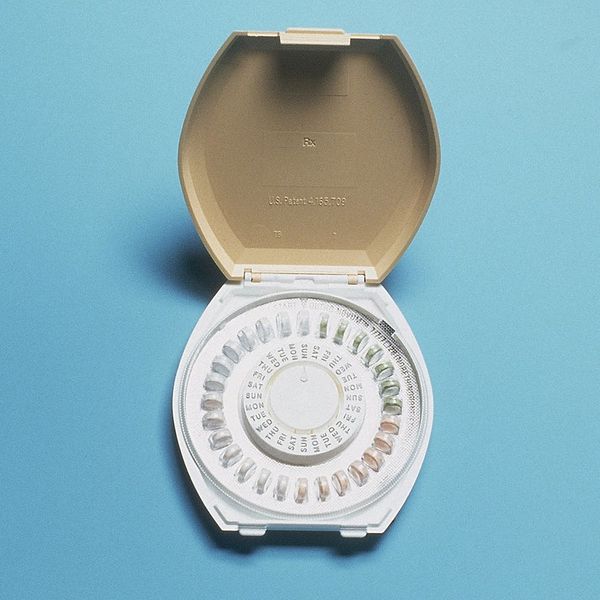 A new study out of the Karolinska Institutet studied the effects of dual hormone birth control in healthy women between 18 and 35. Some of the 340 women were given a placebo pill, and others were given hormonal birth control. The women who took the hormonal pill reported a decreased quality of life after three months on the pill, according to an article about the study from KI. Patients in the study reported decreased energy, changes in mood, and an overall negative estimation of their well-being.

A 2016 study out of Denmark revealed that there is a small but significant risk of depression with hormonal birth control in young women who did not have pre-existing psychiatric conditions, but the new Swedish study didn’t find any significant increase in depressive symptoms among their patients.

We spoke with several women who say the Swedish study found experiences similar to their own with taking hormonal birth control. Kelsey, a 28-year-old new mom in Minnesota tells us that when she first started taking hormonal birth control that contained both estrogen and progestin, she had a slew of terrible symptoms. “I had horrible migraines, arm tingling, heart murmurs, and zero energy,” Kelsey recalls.

She went to her doctor who determined that the estrogen in her birth control was causing the problems, and switched her to a progestin-only pill. Unfortunately, the progestin alone wasn’t enough to prevent pregnancy. Kelsey tells us she had painful pregnancies that both resulted in miscarriages while she was on a progestin-only pill.

Jillian, who is 26 and leads a very active lifestyle as a wilderness guide, says hormonal birth control decreased her quality of life too. She tells us that she experienced awful mood swings and a huge loss of energy before finally going off hormonal BC altogether. She also says she had alarmingly high blood pressure levels and developed an insulin resistance while on the pill. All of these symptoms were alleviated once she quit taking birth control.

Another woman we spoke with experienced a huge decrease in her sex drive once she started hormonal birth control. Michelle, who is 32 and lives in Canada, says that the pill increased the symptoms of her depression, caused weight gain, and wiped her sex drive. Several years later she switched to a hormonal IUD, which she still has today, and says that her sex drive is still as low as it has ever been. Michelle says that she and her husband are considering using the rhythm/ pull-out method to prevent pregnancy once it’s time to remove her IUD, since the decreased sex drive has really taken a toll on her.

Given the recent study, and the fact that women often chat with one another about their experiences with birth control (negative or positive), some women are apprehensive to try birth control, even though they want to use it.

NYC-based sex educator Christina Tesoro says that when she speaks with women who are apprehensive about hormonal birth control, she validates their concerns about physical and psychological side-effects while talking to them about all of their options. Tesoro says that many doctors will focus solely on the fact that women want to avoid pregnancy, while as a sex educator, she also wants to make sure her patients feel comfortable with their BC method and have all of their questions answered.

The scientists behind the new study out of Sweden noted that while the changes encountered by the women in their study who were on birth control were minor overall, they were still significant for the individuals experiencing them. Co-author of the study, Niklas Zethraeus, stated in the KI article that negative impacts on quality of life may lead women to take their pill irregularly, which can decrease the efficacy of birth control.

All of this points to the importance of a woman’s overall comfort with their birth control, beyond just how well it prevents pregnancy. For some, the negative side-effects that come with hormonal birth control mean that the pill and certain IUDs just aren’t an option. There are also non-hormonal IUD options, as well as condoms. The complicated world of birth control can be a tough one to navigate, so women should feel encouraged to talk to health care providers or sex educators about all of the possibilities.

Have you experienced a decrease in quality of life while using hormonal birth control? Tell us about it on Twitter @BritandCo.

Elizabeth King
Elizabeth King is a politics, history, and culture writer based in the Twin Cities. She is generally pretty cranky but still enjoys traveling, music from the early 2000's, and plotting the resistance. Feel free to say hi on Twitter at @ekingc or check out some of her work at www.elizabethcking.com.
Womens Health