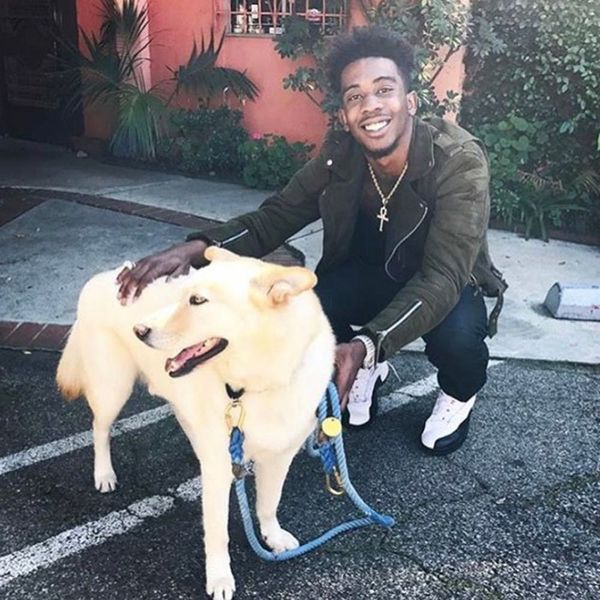 It’s no secret that people find dogs adorable: Hello, it’s why we take them in as members of our family and stop to pet them on the sidewalk without acknowledging their owners. Studies have also consistently shown that the cuteness and lovability of dogs can transfer a bit to their owners, and that women tend to be more attracted to men who own dogs.

But it’s not just any dog that does the trick. A new survey from Petsies, a stuffed animal company, reveals that different types of dogs and cats have different impacts on potential partners.

Women weren’t big on seeing men with cats, either. Men shown with cats and kittens were perceived to be just 3.4 and 3.1 percent more attractive, respectively. What’s with the feline hate, people?!

But why is it that people find others more attractive at all when they have animals? Even the measly .1 percent kitten factor for women had some impact, so what’s going on here?

PetMD (yes, there’s a pet version of WebMD) published a list based on an”extensive and exhausting interviewing process” which they say got at the heart of why women find men more attractive when they have a dog. The number one reason men get extra points with the ladies when they have a dog is that it conveys they know how to love, according to PetMD. Women also find it extra sexy when men have a rescue pup (so keep that in mind, gentleman).

A 2015 study on the role cats and dogs play in dating found that, in general, pets have a bigger impact on women than they do on men. Additionally, dogs were more likely to affect a person’s perception of a potential partner than cats. The researchers wrote that this is because dogs are more social animals (go out on walks and generally interact with humans more) than cats.

All of this jives with Petsie’s findings. Clearly, pet-ownership is a bigger deal for women than for men overall, but pets can still make a difference for men too.

26-year-old Garnet tells Brit + Co that she likes it when a potential partner has a dog because she would love to have a dog herself, but since she doesn’t, she appreciates the opportunity to hang out with dogs whenever possible. Alaina, 24, says that she really loves animals, and always knew that she wanted to be with someone who shared this love.

Hope tells us that seeing her now-boyfriend with a dog made all the difference in her perception of him. The 24-year-old tells us that she knew her boyfriend and didn’t like him for years before they started dating. Then, one night at a dinner party, he asked her if she wanted to check out photos of his beagle, and Hope started to see him differently. His pride in his dog helped her get to know him better, and demonstrated that he’s compassionate and caring.

Now, nobody is saying that single people should run out and adopt a fluffy, adorable, loving pet just to score new dates, but hey, maybe it’s not the WORST idea. After all, you might seem cuter plus you’d have a new best friend. It’s a win-win.

Have you ever been more attracted to someone because of their pet? Tell us about it on Twitter @BritandCo.

Elizabeth King
Elizabeth King is a politics, history, and culture writer based in the Twin Cities. She is generally pretty cranky but still enjoys traveling, music from the early 2000's, and plotting the resistance. Feel free to say hi on Twitter at @ekingc or check out some of her work at www.elizabethcking.com.
Dating
Gender Issues
Dating
More From Gender Issues